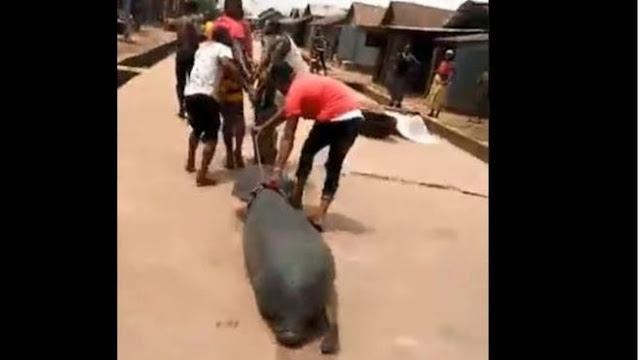 A few days ago, a disturbing video showing some youths dragging an endangered Manatee with a rope tied around its tail surfaced on social media.


Manatees are large marine mammals which are mostly herbivorous. It is illegal to hunt them in Nigeria, but they are still killed for their meat, oil, and organs which are used in traditional medicine, the AFP news agency reports.
The Minister of Environment, Sharon Ikeazor, has called for the investigation of the “distressing and disgusting” video. She said the disturbing incident took place in the oil-rich Niger Delta region and has since called for an awareness campaign “to educate our people to protect the manatee”.
She wrote:

My attention has been drawn to a very distressing & distasteful video of a captured manatee in the Niger Delta Region being dragged on bare ground to a cruel fate by some ill informed/uninformed youth. I strongly condemn this act ….

Sharon Ikeazor@sharon_ikeazor
My attention has been drawn to a very distressing & distasteful video of a captured manatee in the Niger Delta Region being dragged on bare ground to a cruel fate by some ill informed/uninformed youth. I strongly condemn this act .... 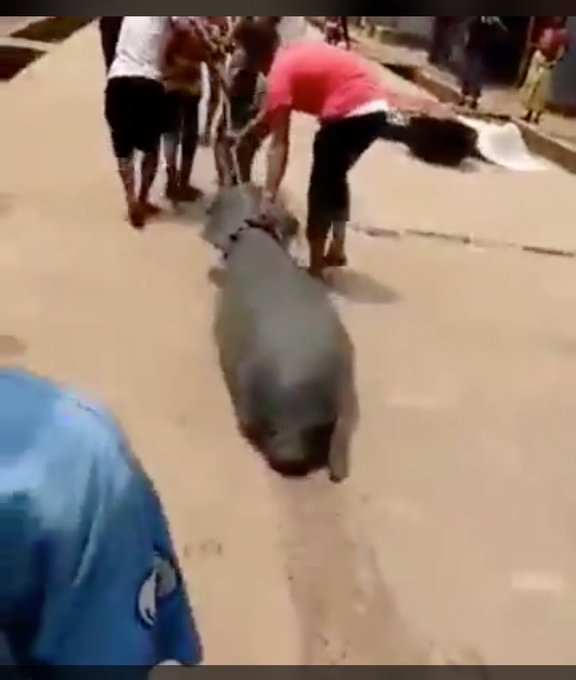 349 people are talking about this

@FMEnvng is making contact with the Commisioner of Environment in that state to investigate & if possible rescue the manatee & return it to its natural habitat…..
It is sad that manatees remain one of the most heavily hunted aquatic mammals, the repeated occurrence must be of great concern to us all..

It is reported that there about 10,000 manatees along the coast of West Africa, but their numbers quickly declining. Oil leaks along the southern region of Nigeria have also contributed to the damage of the natural habitat for manatees and other aquatic life.
News