Saudi officials have called for the arrest of a female rapper over her controversial music video she recently released.

In the music video titled 'Girl from Mecca', the Saudi rapper Ayasel Slay, who was dressed in an ankle-length dress and headscarf praised women from the holy city of Mecca as “powerful and beautiful”.

"A Mecca girl is all you need/Don't upset her, she will hurt you," sang Ayasel, describing how a woman from Mecca are ahead of all other Saudi women in beauty and strength.

"With her, you can complete the Sunna [get married]/Your life with her will become Paradise." 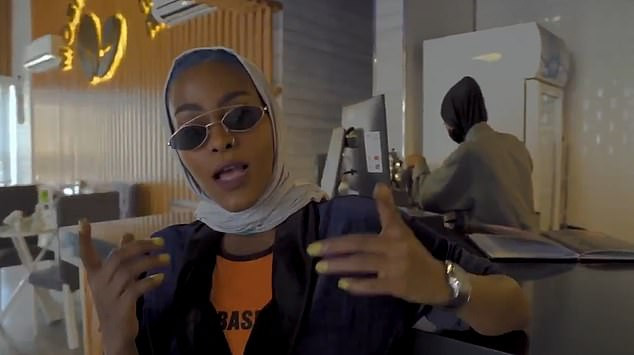 “Our respect to other girls but the Mecca girl is sugar candy,” she sings in the video while men and women dance in a cafe.

Her YouTube channel has been shutdown and her latest music video clip Mecca Girl removed after officials claimed the video “insults the customs of Mecca”.

Mecca Governor Khalid al-Faisal has ordered for Asayel’s arrest, together with those responsible for the production of the “insulting” song.

The song has attracted mixed reactions online, with many praising the government for taking the video down and calling for her arrest, while others spoke against the move.

"Enough of this depravity," one user said, referring to the video. "I hope the punishment for this African woman will be imprisonment then deporting her back to her country."

"Immediate deportation is the answer, in addition to holding every foreigner who claims to be from Mecca accountable," one user said.

"Including all Somalis living here," another replied in agreement.

Others also spoke out against Ayasel's arrest.

"If anything needs to be deported, it is your racism, your arrogance, and your deep reverence for yourselves," one Twitter user retorted.

“This is so typical of the Saudi government to do – bring Western influencers to artwash the regime but attack real Saudi women who try to artistically express their cultural identities,” tweeted Amani Al-Ahmadi, who identifies herself as a Saudi-American feminist.

“The song contains no vulgarity, obscenity, smoking, and she’s even fully covered,” a Kenyan man wrote in response to the Governor’s tweet.

One furious woman said: “Shout out to the Saudi government for inviting Nicki Minaj to perform in a bid to appear “modern” but banned and arrested an *actual* Black Saudi female rapper who created a banger about her hometown.”

Here’s Asayel Slay’s video - which has been removed from her YouTube channel. Called Mecca Girl, the song is about her pride in being Black and from Mecca, which is also Islam’s holiest site.Thank you @MsSaffaa for alerting me. Sending love and solidarity to #AsayelSlay pic.twitter.com/dVUvH9RI5l
— Mona Eltahawy (@monaeltahawy) February 23, 2020

Mecca is Islam’s holiest site where millions of Muslims go for pilgrimage every year.
Entertainment