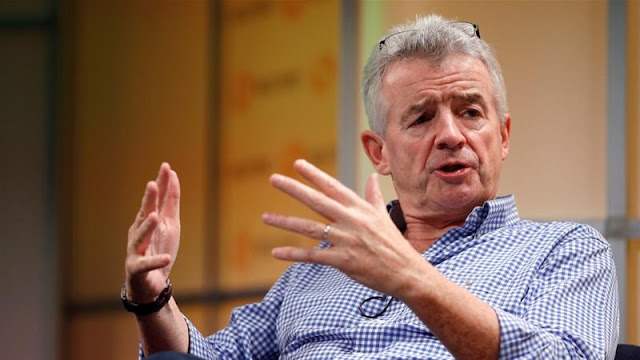 The chief executive officer of Ryanair has called for the profiling of Muslim men at airports, claiming "bombers" will "generally be of a Muslim persuasion".


Michael O'Leary made the remark while discussing airport security with the Times newspaper in London.
In the interview published on Saturday, the airline's controversial boss said: "Who are the bombers? They are going to be single males travelling on their own... If you are travelling with a family of kids, on you go; the chances you are going to blow them all up is zero."
The 58-year-old added: "You can't say stuff, because it's racism, but it will generally be males of a Muslim persuasion. Thirty years ago it was the Irish.
"If that is where the threat is coming from, deal with the threat."
The Ryanair CEO is known for his controversial views and has floated proposals to charge fliers to use the toilet during Ryanair flights and a "fat tax" on obese passengers.
A spokesman from the Muslim Council of Britain accused O'Leary of "Islamophobia".
O'Leary was "encouraging racism", Labour MP Khalid Mahmood told the newspaper.
"In Germany this week a white person killed eight people. Should we profile white people to see if they're being fascists?" the legislator said, referring to a mass shooting in the southwestern town of Hanau late on Wednesday.
O'Leary's comments sparked outrage online, with some people calling for a boycott of the budget airline.
Measuring Anti-Muslim Attacks, a monitoring group in the UK, said O'Leary's remarks were abhorrent
News