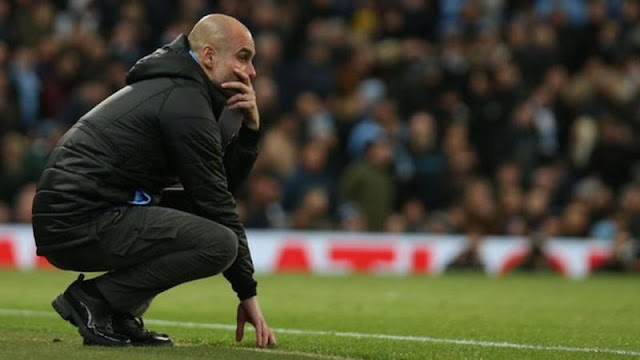 Unless City overturn the ban imposed by Uefa on Friday, they will not compete in European football until 2022 after this season.


Guardiola's contract is due to expire in 2021.
He is expected to speak about the subject for the first time on Wednesday.
His contract does have a break clause at the end of this season and it was anticipated he would activate it should City fail to win their appeal which they will be submitting to the Court of Arbitration for Sport in the next few days.
However, it is understood the 49-year-old has said he will not be doing that and remains committed to the club.
Guardiola is likely to discuss the issue after Wednesday's rearranged Premier League game against West Ham.
In a bizarre situation, neither side has played since the initial game was postponed due to bad weather on 9 February.
As both clubs held pre-match news conferences two days before the game was supposed to be played, they have been told by the Premier League there is no contractual requirement to hold another and it is understood neither side will do so.
Sports