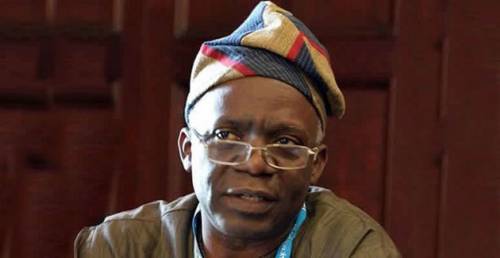 Senior Advocate of Nigeria, Femi Falana, has accused the Nigerian Government of failing to account for the $4bn recovered from late Head of State, Gen. Sani Abacha.


Falana also said that since 1999, the government had recovered about $4bn of public funds stolen by Abacha but that Nigerians were not aware of how the fund was expended by the government.
Falana, who spoke at the Anti-Corruption Situation Room conference organised by Human and Environmental Development Agenda, which focused on reviewing efforts of state and non-state actors in the fight against corruption in Nigeria.
Falana said it was lack of accountability by the Nigerian Government that prompted the cautionary insult of a United States Department of State official, who mocked Nigerian leaders, asking them to ensure accountability in the disbursement of the latest over $308m warehoused in the Island of Jersey but recently released to Nigeria.
“About $4bn recovered Abacha loot is yet to be accounted for.
"One young state house official told Buhari government officials that the money must not be stolen.
"It is the most successful recovery of stolen public funds in the world. We have not been able to account for the money,” Falana said, lamenting that a former President said he recovered $2bn in eight years but when he was asked to account for the funds after a court order, he said the “judge was
foolish”.
Falana said Nigerians had been battling public officials to make open the assets declared, noting that declaration was from the Latin word declare, which means to ‘declare open’.
He said the Code of Conduct Bureau should be told the secrets surrounding asset declaration in Nigeria is illegal.
An official of Transparency International, Mr Anwal Musa Rafsanjani, said the TI report is not about corruption by the Nigerian Government but rather focuses on perception and the corruption trends in the country.
News