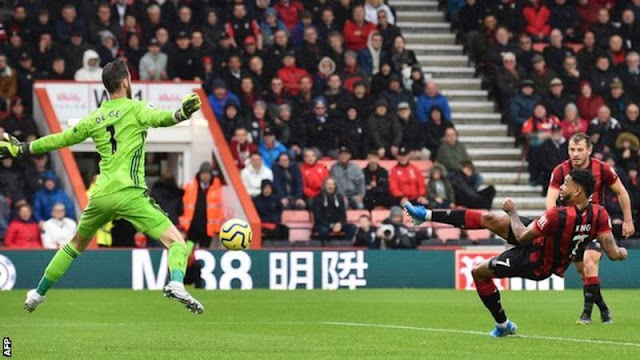 United looked to sign a striker before last month's deadline and failed to agree terms with the Cherries for King.


The Norway international came through United's academy but left for Blackburn and joined Bournemouth in 2015.
"That was a difficult couple of days for him, but he's very focused on our current position," said Howe.
"It was a huge compliment and a huge moment for him, to have Manchester United come in and express an interest."
Bournemouth have won their past two league games to climb to 16th in the Premier League, two points above the relegation zone.
King, who is under contract to 2021, is back in training after missing the Cherries' past seven games with a hamstring injury and Howe hinted he would be willing to let the 28-year-old leave at the end of the season.
"He knows we're in a relegation fight - it's no time for him to focus on himself. He knows that and he's very much a team player," added the Cherries boss.
"He's looking forward to being fit and contributing to our battle.
"There can be no thought of individual situations when you're in the position that we're in, we need everyone pulling in the same direction for the benefit of the team.
"And if we can do that, then we can reassess in the summer."
Sports