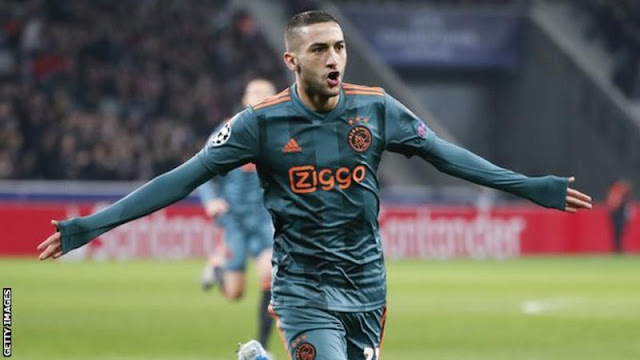 The 26-year-old was a January transfer target for Chelsea boss Frank Lampard.
But the Dutch club were unwilling to sell in the transfer window as they chase the Eredevisie title.


The signing of the Morocco international would be the first by Lampard following Chelsea's transfer window ban.
Chelsea were linked with a number of signings in the January window including Paris St-Germain forward Edinson Cavani and Napoli striker Dries Mertens.
But Lampard's apparent frustration with a lack of new arrivals is understood to have stemmed from clubs refusing to sell rather than any problems with Chelsea's recruitment strategy.
Ziyech contributed to a memorable Ajax goal against Chelsea in the 4-4 draw in their Champions League group game in November.
The winger's free-kick from near the corner flag, curled over Kepa Arrizabalaga's head and hit the far post before rebounding in off the Chelsea goalkeeper for an own goal.
Sports