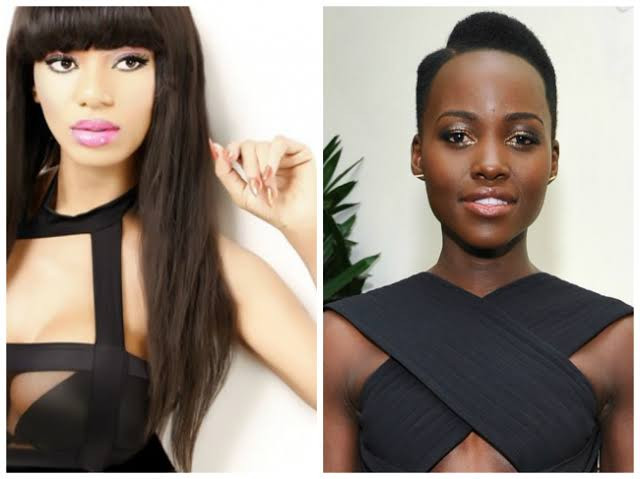 Dencia launched an attack on Lupita Nyong'o after the Kenyan actress scooped two awards at the NAACP Image Awards which held over the weekend.

Lupita, who was nominated in four categories, took home two of the awards, which included Best Actress for the movie "US" and Outstanding Literary Work Children for the book Sulwe.

The Kenyan actress was not present at the event as she was in Lagos, Nigeria, to be hosted by Chimamanda Ngozi Adichie. However, the actress took to social media to show her gratitude.

Dencia, the brain behind the Skin lightening product line known as Whitenicious, reacted to Lupita's win by going on Instagram to reveal that she deserves an award for inspiring Lupita's book.

Replying to Lupita's Instagram post, Dencia wrote: "Looks like Whitenicious helped you win an award. I'm glad Africans like yourself can capitalize off a brand I single [handedly] created. Congratulations. It feels great to inspire others to do things they never dreamt of." 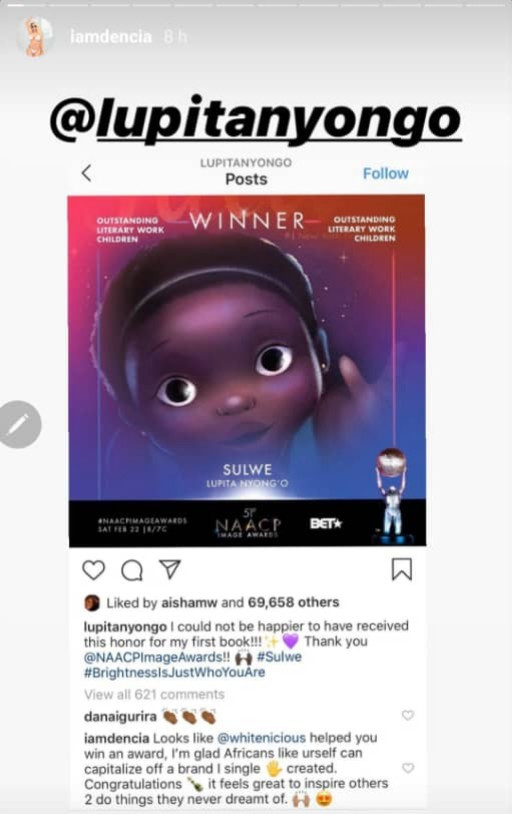 Dencia then took to her Instagram stories to tag Lupita and ask for her cut because, according to her, she was inspired by Whitenicious.

"@Lupita where my cut though." 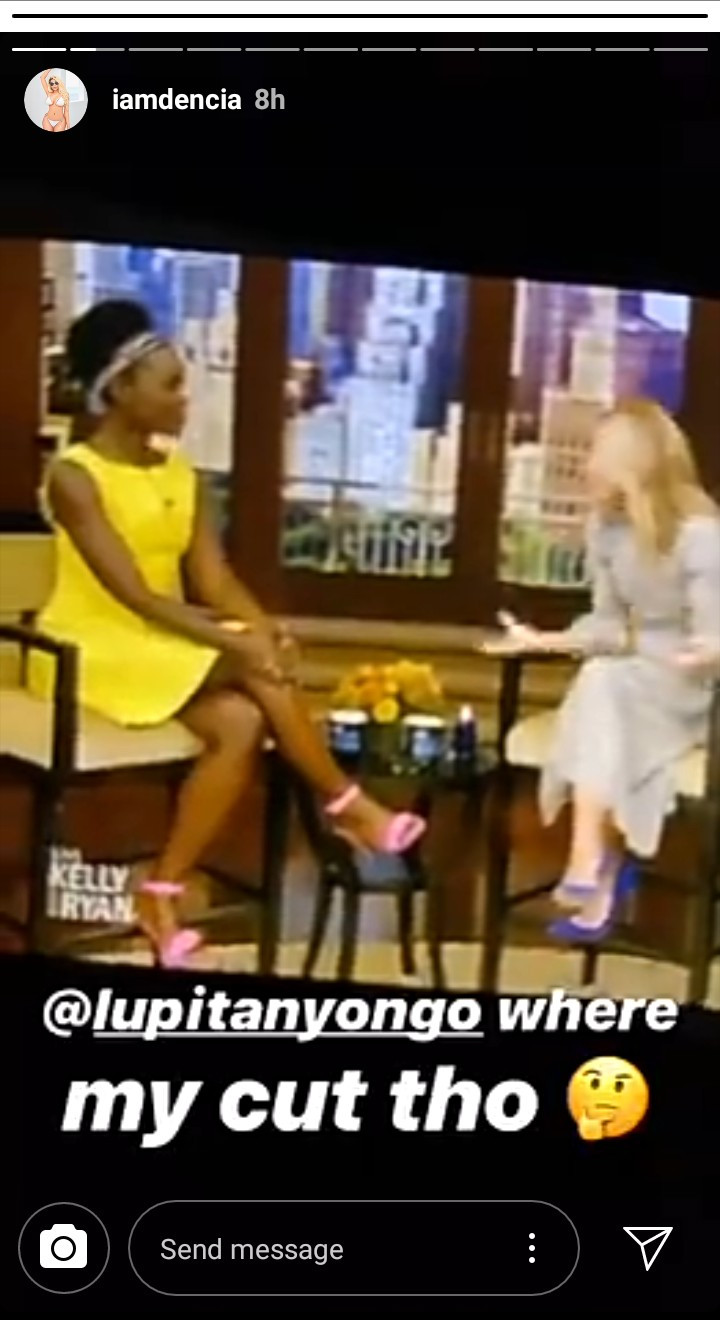 Dencia didn't stop there. She went on to call Lupita a liar.

She shared old videos of Lupita talking about how a young girl who considered using Dencia's Whitenicious to bleach her skin decided against it after observing Lupita's life. In one of the videos, a TV host asked Lupita about the inspiration behind her children's book Sulwe and Lupita recalled how in 2014, she gave a speech at Essence seventh annual Black Women in Hollywood. She said the speech was inspired by a young girl who told her in a letter that she had been thinking of bleaching her skin using Dencia's Whitenicious. She said the girl told her that seeing her (Lupita) loving her skin made her realize that it was OK to be black.

Dencia spoke over the video and accused Lupita of lying. She said Lupita's publicist told her that it was all a lie and no girl sent any letter.

"Liar liar," Dencia kept screaming at Lupita in the video. 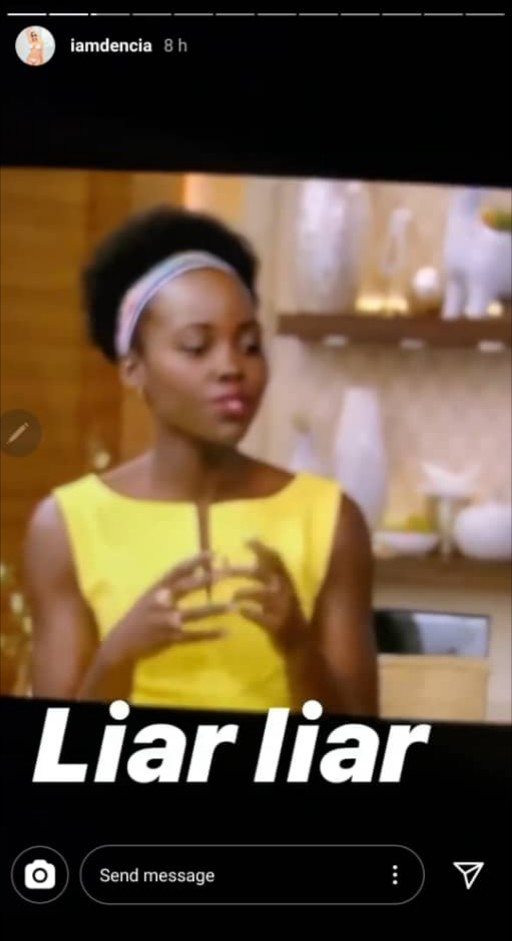 Dencia went on to tag NAACP Image Awards' official Instagram asking for her own award too since she believes her cream inspired Lupita's Sulwe.
Entertainment