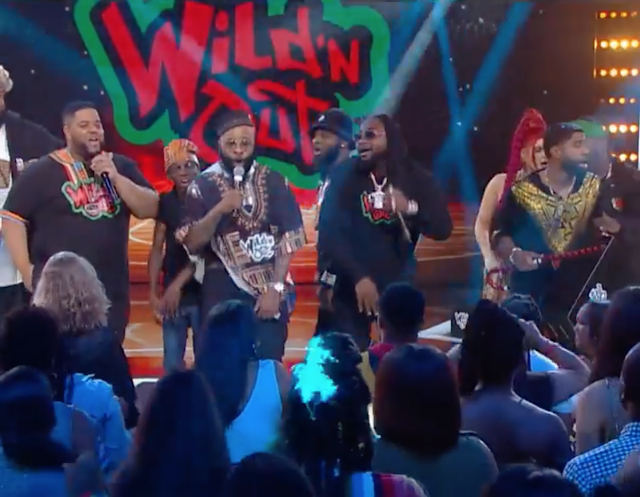 We’ve been told since early 2019 that the “Wild N’ Out” episode featuring Davido was coming. We’ve long awaited. And now it’s almost here.


The show dropped a teaser of the episode on their Twitter, and shared that it will air on Tuesday at 8 PM.
We see, regrettably, the Black team decked out in dashikis (there’s even a woman in a black bikini and a wrapper 🤦🏿‍♂️) and someone rhyming with the word “zebra.”
Still, there’s Davido, in his black hoodie, gbeseing and finishing them with some leg work.
Check out the trailer:
Entertainment