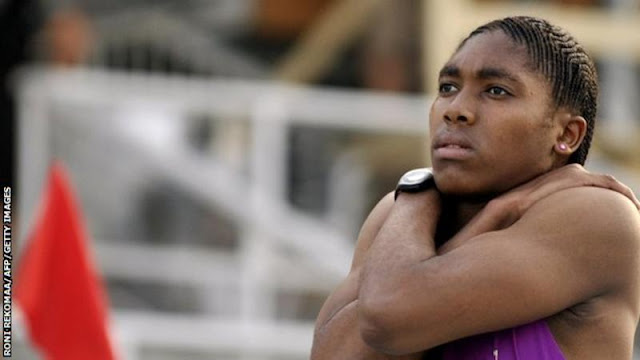 The South African won her race in a national record of 36.78 seconds.
The 29-year-old is currently unable to compete in events between 400m and a mile without taking testosterone-reducing drugs following a rule change by World Athletics.


"Track and field, you will still see my face," said Semenya.
"That is all I can say for now."
Semenya missed out on the chance to defend her world 800m title in Doha last year having failed in her bid to prevent the governing body's rule change.
World Athletics argued female athletes with differences of sexual development (DSD) - such as the South African - have "a competitive advantage".
If Semenya does choose to target the 200m at the Tokyo Olympics - an event she would be permitted to compete in - then she would have to run a qualifying time of 22.80 secs. Her current best is 24.26s.
Sports