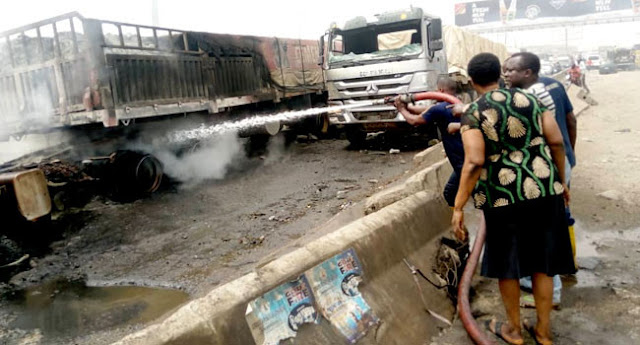 A Dangote truck which was involved in an accident with two other cars at Old Toll Gate axis of the Lagos – Abeokuta Expressway, was set ablaze by an angry mob that gathered at the scene of the incident.

The accident left 7 people dead and 10 others injured. Injured victims of the accident were rushed to the hospital while bodies of the dead people were evacuated to the morgue by officials of the Federal Road Safety Corps (FRSC).

It was gathered that some officials of the Ogun State Fire Service later arrived at the scene to put out the fire.

Here are photos from the scene of the accident below; 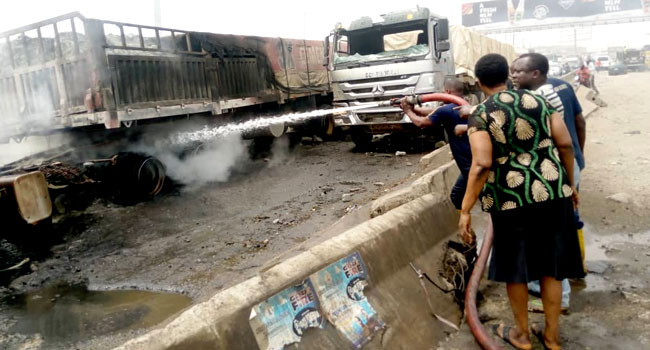 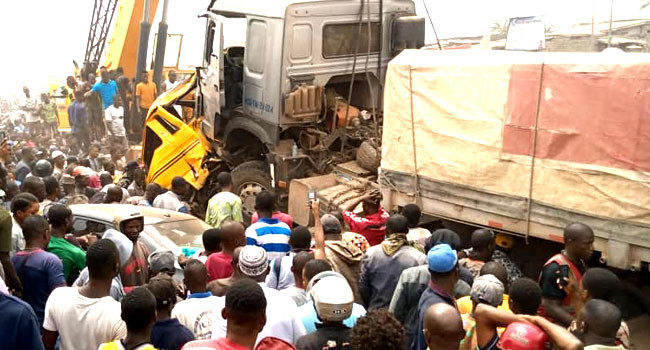 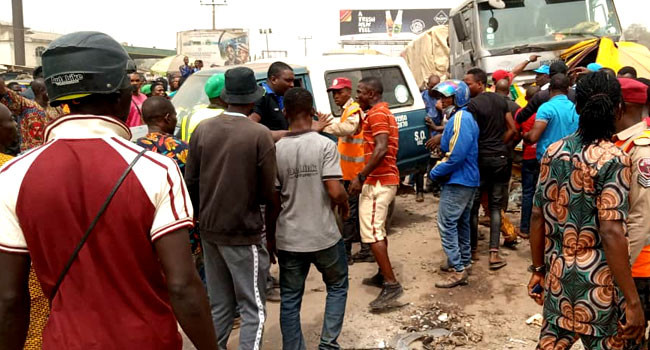 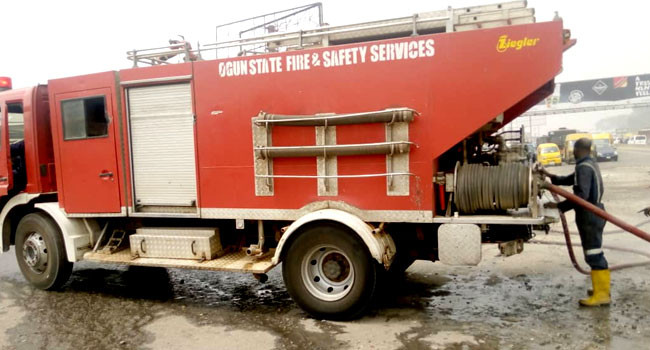 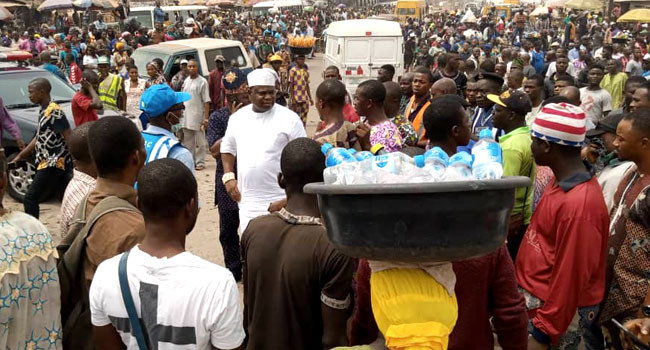 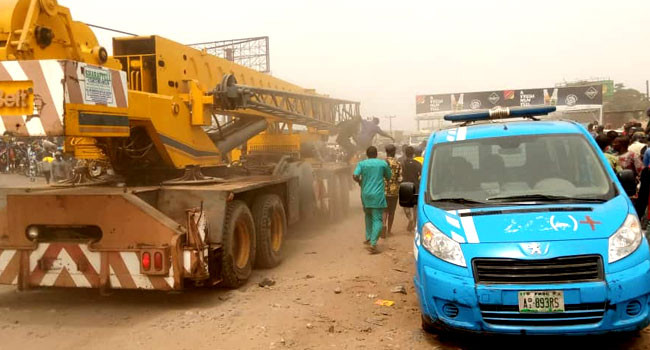