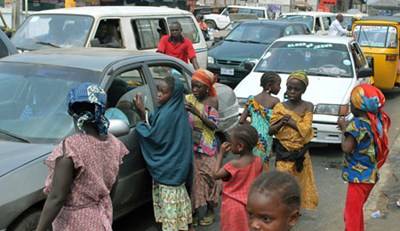 
Ganduje disclosed the decision on Tuesday according to a statement by his Chief Press Secretary, Abba Anwar.
He noted that the almajiri system would be fully integrated under the new policy of education in the state.
Ganduje noted that while almajiris will continue acquiring their study of the Holy Qur’an, they would at the same time learn English and Arithmetic.
Ganduje threatened to arrest parents of any child seen begging on the streets, adding that a warning had been issued to teachers of almajiris as well.
He said, “This policy of free and compulsory basic and secondary education goes along with it integration of our almajiri system into the mainstream policy implementation which suggests that English and Arithmetic must be included in schools curriculum.
“When almajiri are caught begging, it is not only that beggar is caught, but their parents or guardians would be taken to court for disrespecting our laws.”
News