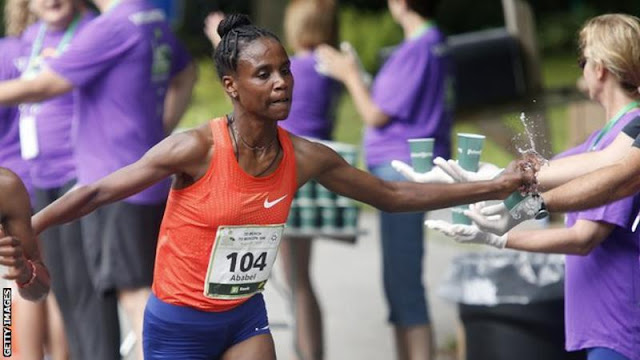 Yeshaneh crossed the line in one hour, four minutes and 31 seconds on Friday to eclipse the previous record set by Kenyan Joyciline Jepkosgei 2017.


Second-placed Brigid Kosgei also broke Jepkosgei's record by two seconds.
"I didn't imagine this result," said Yeshaneh, whose previous best was more than a minute slower.
Both runners wore a version of Nike's Vaporfly shoes, which have featured in several road records in recent years.
The shoes have not been banned by World Athletics, although tighter regulations around high-tech running shoes were introduced last month.
Kenya's Kibiwott Kandie won the men's race in a time of 58 minutes, 58 seconds, 18 seconds clear of compatriot Alexander Mutiso in second.
Sports