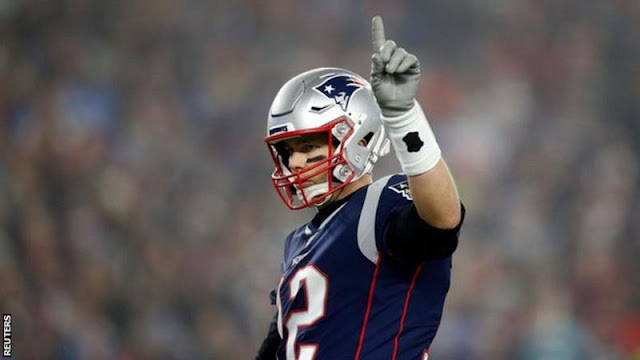 The 42-year-old six-time Super Bowl winner, who has only played for the Patriots, is set to become a free agent for the first time in his career.


The Tennessee Titans beat the defending champions 20-13 in the AFC wildcard game at Foxborough on Saturday.
"In both life and football, failure is inevitable," Brady said on Instagram.
"You don't always win. You can, however, learn from that failure, pick yourself up with great enthusiasm, and place yourself in the arena again.
"And that's right where you will find me. Because I know I still have more to prove."
There was speculation Brady would retire when the Patriots lost their final game of the regular season, forcing them to play in the wildcard round of the play-offs for the first time in 10 years, but said it was "pretty unlikely" in the aftermath of Saturday's defeat.
Brady - widely regarded as the greatest quarterback of all time - was the 199th pick in the 2000 draft but has led the Patriots to the most successful era in the franchise's history.
He won each of his first three Super Bowls (2002, 2004, 2005) and was the championship game's Most Valuable Player (MVP) four times, making a total of nine Super Bowl appearances - both NFL records.
He was named as the league's MVP in 2007, 2010 and 2017, and is second on the all-time list for touchdown passes and passing yards behind current New Orleans Saints quarterback Drew Brees.
"Running out of that tunnel every week is a feeling that is hard to explain," Brady continued.
"I wish every season ended in a win, but that's not the nature of sports (or life). Nobody plays to lose. But the reward for working hard is just that, the work!!
"I have been blessed to find a career I love, team-mates who go to battle with me, an organisation that believes in me, and fans who have been behind us every step of the way.
"Every one of us that works at Gillette Stadium strived to do their best, spent themselves at a worthy cause, and prepared to fail while daring greatly (h/t Teddy Roosevelt).
"And for that, we've been rewarded with something that the scoreboard won't show - the satisfaction of knowing we gave everything to each other in pursuit of a common goal. That is what TEAM is all about."
Sports