OAU is Currently Dealing with another Alleged Sex-For-Marks Scandal 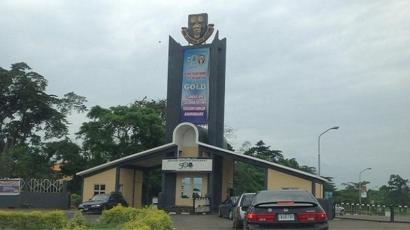 According to Premium Times, the management of Obafemi Awolowo University, Ile-Ife, is currently dealing with an alleged “sex-for-marks” scandal barely two years after the widely publicised scandal an ex-lecturer in the Faculty of Administration, Richard Akindele, and a student, Monica Osagie.


A 400-level student of the Department of International Relations, Faculty of Administration, Motunrayo Afolayan has accused a lecturer, Olabisi Olaleye, of sexual harassment and alleged that Olaleye failed her in a course.
Motunrayo failed the course IRS 305 during the 2017/2018 academic calendar because she allegedly refused to sleep with the lecturer, and was threatened by Olaleye that “she would fail again and again if she refuses to sleep with him” after registering for the same course in 2018/2019, Premium Time reports.
Motunrayo, advised by friends, made a voice note of Olaleye saying, “I promise you will fail this course three times except you sleep with me,” in Yoruba. The friends also alleged that the lecturer had “tormented” them in a similar manner in the past.
Motunrayo sought for the assistance of a female lecturer from the Faculty of Law, who advised her to report the matter to the university authorities. Immediately as Olaleye learnt the matter had intensified, he reportedly released Motunrayo’s result which showed that she had passed.
In response to Motunrayo’s accusation, the university authorities set up a probe panel headed by Yetunde Ajibade, the provost of the university’s postgraduate college. The panel met with Motunrayo Afolayan, Olabisi Olaleye, Sunday Omotuyi, Kehinde Olayode, Head of Department, International Relations, among others.
Motunrayo appeared before the panel alongside other female students in the department who also served as witnesses.
The accused lecturer, Olabisi Olaleye, chose to speak about the incident, but Motunrayo said she had been advised to keep mute until the university makes its decision public.
He said:
I didn’t know her until the timetable issue came up. She approached me with two other ladies but I told them I could not help. I only advised them to go and write their 400 level course first and return to join us in the hall for my course.
Olaleye also told Premium Times that the delay in the release of Motunrayo’s result was because a co-lecturer, Omolara Akinyemi, was busy with “accreditation issues”.
Edu