Man Utd: there is 'no quick fix' at Old Trafford - Ole Gunnar Solskjaer 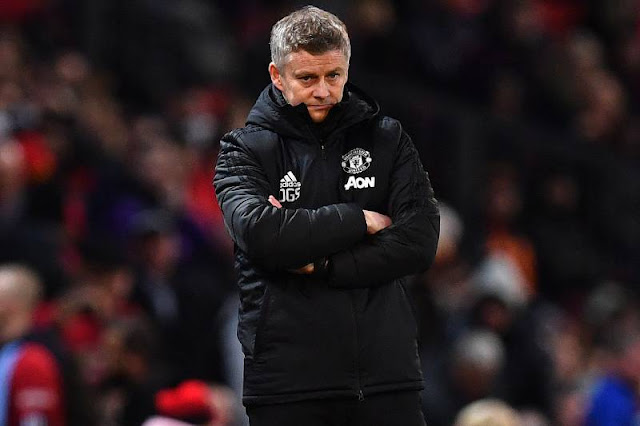 Pressure is mounting on Solskjaer to make January signings after Wednesday's 2-0 home defeat by Burnley.
It was a second straight Premier League loss and the players were jeered.


"We've had one proper transfer window and we're trying to do something now," said Solskjaer, who took over - initially on an interim basis - in December 2018.
During the summer transfer window, United spent over £130m on defenders, bringing in Harry Maguire from Leicester City and Aaron Wan-Bissaka from Crystal Palace, and also signed winger Daniel James from Swansea City.
Solskjaer referenced the squad-building at Liverpool since Jurgen Klopp took charge in October 2015, with the Reds now 16 points clear at the top of the Premier League and the reigning European champions.
"Jurgen Klopp spent four years building his team and they're doing well now," said the Norwegian.
"It's not going be a quick fix - eight or 10 players in the transfer window.
"We can't react to all the noise outside. There'll be criticism - you've got to take it, you've got to be stronger mentally.
"I am, the club is. The staff are very strong mentally and we're sticking to what we believe in. I've got full faith."
BBC Sport understands Solskjaer, who succeeded Jose Mourinho, still has the support of the Old Trafford board and the 46-year-old insisted he has been "trusted" to rebuild the squad.
"When you start on something you stick to that plan. I'm not going to change, six, nine or 10 months into the job and believe in a different way.
"The foundation has to be laid and the culture properly set and laid down. This group is a good core of players who believe in what we're doing to carry us forward with signings and players coming back.
"You need to knock the house down, you don't just start with the roof. We've had some rainy days and wish that roof was on, but we can't hide.
"All my conversations with the club have been positive."
Looking ahead to the Red Devils' FA Cup fourth-round tie at League One side Tranmere Rovers on Sunday (15:00 GMT kick-off), Solskjaer revealed defender Victor Lindelof has recovered form illness and should feature.
He added he has prepared his players for "divots" in the playing surface at Prenton Park.
"The pitch is not great but that's the same for both of us and the players just have to be focused," said Solskjaer.
"Everyone's got to be focused with the bounce of the ball."
Sports