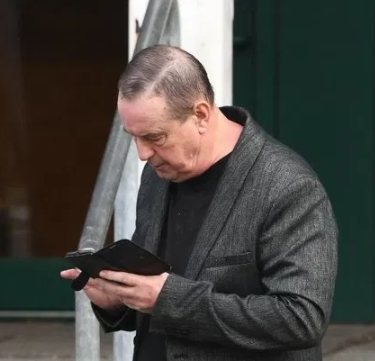 A man, 71, has shocked jurors after it was revealed that he tricked a disabled man so he could rape him more than 100 times.

Christopher Fallon, 71, abused the victim with learning difficulties two or three times a week by pretending he was giving him intimate massages to treat his chronic condition.

Fallon befriended the younger man and won his trust, then he began raping him.

Plymouth Crown Court heard how the predator could have raped the younger man up to 150 times over four years. But the victim’s disabilities meant he would not have always realised what was going on.

Fallon claimed two vibrators from Ann Summers were massage tools but they were only for his sexual gratification.

The jury heard how the victim eventually became afraid to say no to Fallon because he feared he would be asked to pay for the massages.

Fallon even claimed that his so-called treatment would help his victim with his sexual problems.

Opening the case for the Crown Prosecution Service Kelly Scrivener said: "Fallon was at one stage going around every Monday, Wednesday and Friday. Rather than saying something happened 50 times, 100 times or 150 times, we have simplified the indictment."

But Fallon told the court that he never massaged the man, let alone touch him indecently. He denied 18 counts of sexual abuse including four of rape.

He was convicted of all counts by a jury and remanded in custody so a probation officer can assess the danger he poses before his sentencing next month.

Addressing the defendant, Recorder Richard Shepherd said: "You have been found guilty of some incredibly serious offences committed on a very vulnerable adult. You preyed upon him, you deceived him and you ultimately raped him. You are facing a serious custodial sentence measured in years and years."

Fallon faces more than 10 years in prison for four counts of rape, 10 of sexual assault and four of causing a person to engage in sexual activity. The pensioner, who was previously married and has children, is to be sentenced at Exeter Crown Court on February 17.

The case was so shocking that the judge encouraged jurors in the case to seek counselling.

Recorder Richard Shepherd showed his appreciation for the jury and urged them to seek counselling if they were troubled by the sickening case.

He added: "If you find yourselves thinking about this case unduly then please speak to someone about this."
News