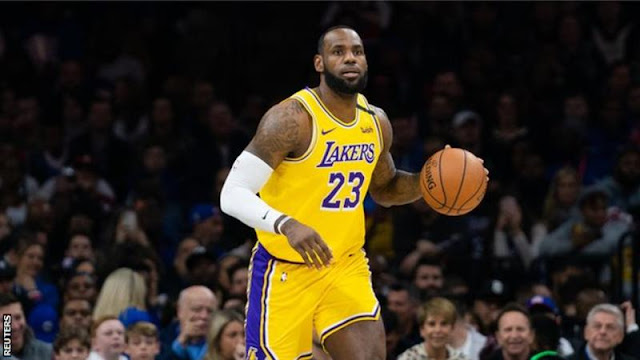 
Kareem Abdul Jabbar, the ex-Lakers and Milwaukee Bucks centre, is the NBA's all-time top scorer on 38,387 points.
Former Utah Jazz forward Karl Malone, who also briefly played for the Lakers, is second on 36,928.
"I'm happy just to be in any conversation with Kobe Bryant," said James.
"One of the all-time greatest basketball players to ever play, one of the all-time greatest Lakers.
"The man's got two jerseys hanging up in Staples Center. It's just crazy."
James, in his 17th NBA season, received a standing ovation from the Philadelphia crowd after scoring the basket that saw him pass Bryant's total in the third quarter.
Bryant tweeted: "Continuing to move the game forward. Much respect my brother."
Tobias Harris and Ben Simmons scored 29 and 28 points respectively to lead the Sixers to victory.