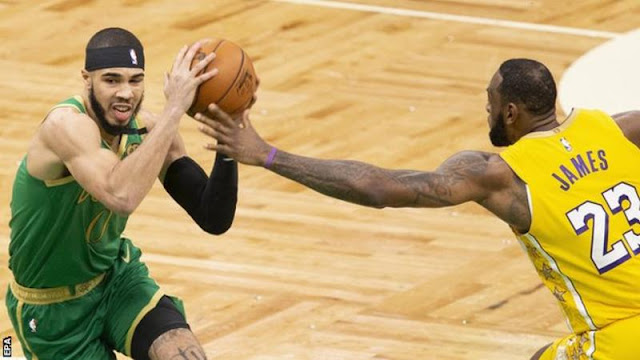 Jayson Tatum scored 27 points while Kemba Walker - returning from injury - added a further 20 for the Celtics.


The Celtics had lost six of their previous eight games.
"Listen, it was just a good, old-fashioned butt-whipping, that's all," said the Lakers' LeBron James, who scored 15 points and made 18 assists.
The Lakers - the Western Conference leaders - have lost nine games this season and play the New York Knicks on Thursday.
Sports