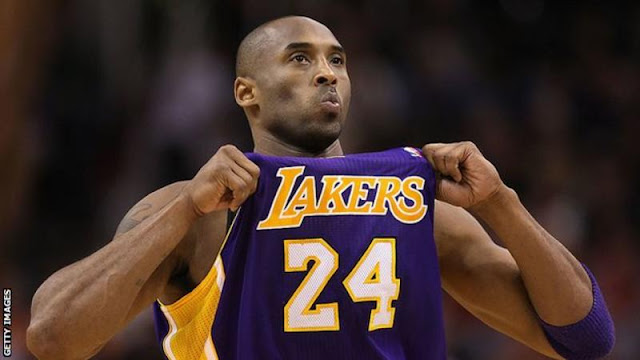 Bryant, 41, and his daughter Gianna were among nine people killed in a helicopter crash on Sunday.


The NBA has announced a new format for the game that will "increase the level of competition, provide additional excitement and make the outcome of every quarter count for charity".
A new fourth-quarter format will honour LA Lakers great and five-time NBA champion Bryant.

Lakers president and controlling owner Jeanie Buss has made her first public statement since Byrant's death, describing him as "family".
"We are grateful to have you in our lives and we will always be here for you," she wrote on Instagram.
"To the families that also lost loved ones on Sunday, the entire Laker family mourns with you. Laker Nation - we are one family grieving the loss of people we all loved dearly. We will mourn together, cry together but we will also heal together, love together and win together. We love you."
On Thursday, a number of golfers paid tribute to Bryant during the first round of the Phoenix Open.
American Justin Thomas wore Bryant's high school jersey, while Tony Finau's shoes were in the Lakers' purple and yellow, with the numbers eight and 24 on them.
Sports