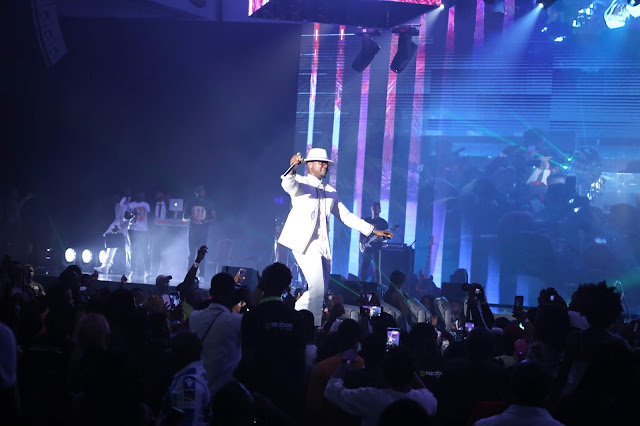 December 26th, 2019 may have been just another day for most Nigerians but for fans that attended Kizz Daniel Live in concert headlined by pop artiste, Kizz Daniel, it was a night of exciting performances mixed with soulful music and quality vibes.


Since the initial announcement a few months back, Kizz Daniel Live had effortlessly become the most talked about 2019 concert in Nigeria, and it is no surprise the concert attracted attendance and performance from the most celebrated names in Africa such as Davido, Falz, Adekunle Gold, Mayorkun, Olamide, Rema, Sugar Boy, BigTril; just to name a few.
Kizz Daniel’s stage appearance was expected to be massive. No other Nigerian artist has come close to releasing the number of hits Kizz Daniel has released in the past 12 months alone. The crowd at Kizz Daniel could not wait for him to step out so that they could dance along to ‘Yeba’, ‘Madu’, ‘Woju’, ‘PaknGo’, ‘4Dayz’ and latest hit ‘Jaho’, the singer did not disappoint.
When he did step out onstage at the event organized by TEC & Achievas Entertainment, he brought with him one of the most epic stages sets ever witnessed in the history of Nigerian pop music. Even the most stratospheric expectations were exceeded as he pulled out all the stops with a live band, an energetic dance display, and Bigbimi as his stage hype man before performing all his hit songs.
The concert also recorded a handful of rare feats that solidifies its position as 2019’s biggest concert; such as the first-ever performance from Davido and Kizz Daniel, which was undoubtedly one of the concert’s best highlights – a performance that saw the duo perform their hit ‘One Ticket’ while sharing an adorable bromance moment. Davido later performed ‘Risky’ to round up his performance.
Falz thrilled fans with an energetic performance of his hit single ‘Bahd Baddo Baddest’ and ‘Talk’ while Olamide also added to the fiery ambiance of the night, performing ‘Lagos Boys’, ‘Totori’ and ‘Pawon’.
Another awe-inspiring highlight of the night was experienced as Adekunle Gold graced the stage to perform ‘Before you wake up’ and ‘Ire’. Kizz Daniel’s former label mate Sugar Boy also stormed the stage to perform ‘Hola Hola’ and ‘Raba’.
Fans witnessed an energetic performance from fast rising act Rema. He performed his songs, ‘Lady’ and ‘Dumebi’. BigTril from Uganda performed his 2019 smash hit ‘Parte after Parte’ and Mayorkun performed ‘True’ alongside Kizz Daniel. Comedians who thrilled guests include Kenny Blaq, Pencil, Broda Shaggi, Lasisi Elenu, and Mc Lively.
Kizz Daniel Live in Lagos was the final part of the singer’s No Bad Songz Tour, which kicked off earlier in the year. Fans experienced every segment of the concert on a high note; spawning hours of undiluted exhilaration as each performing act graced the stage.
See photos below: 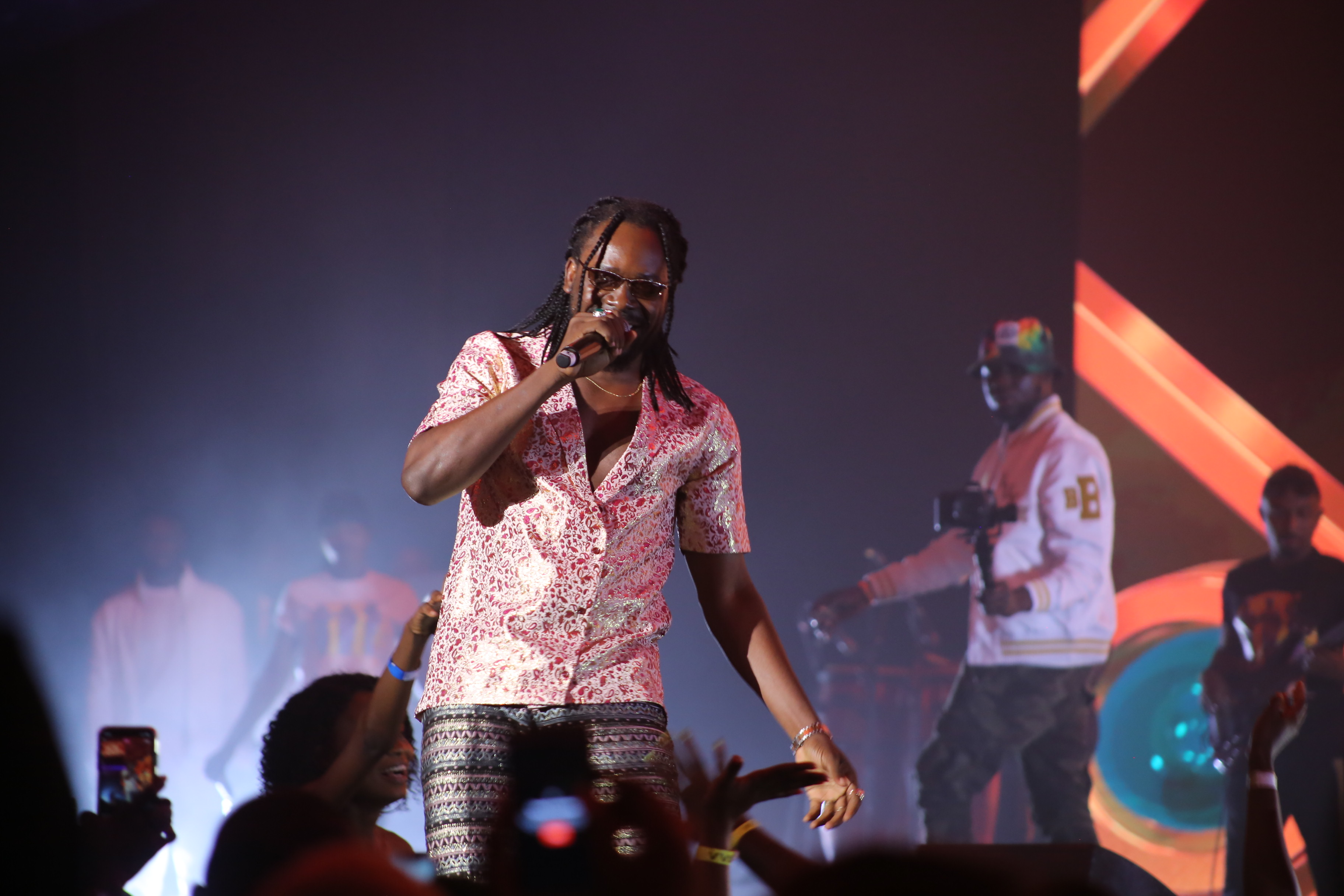 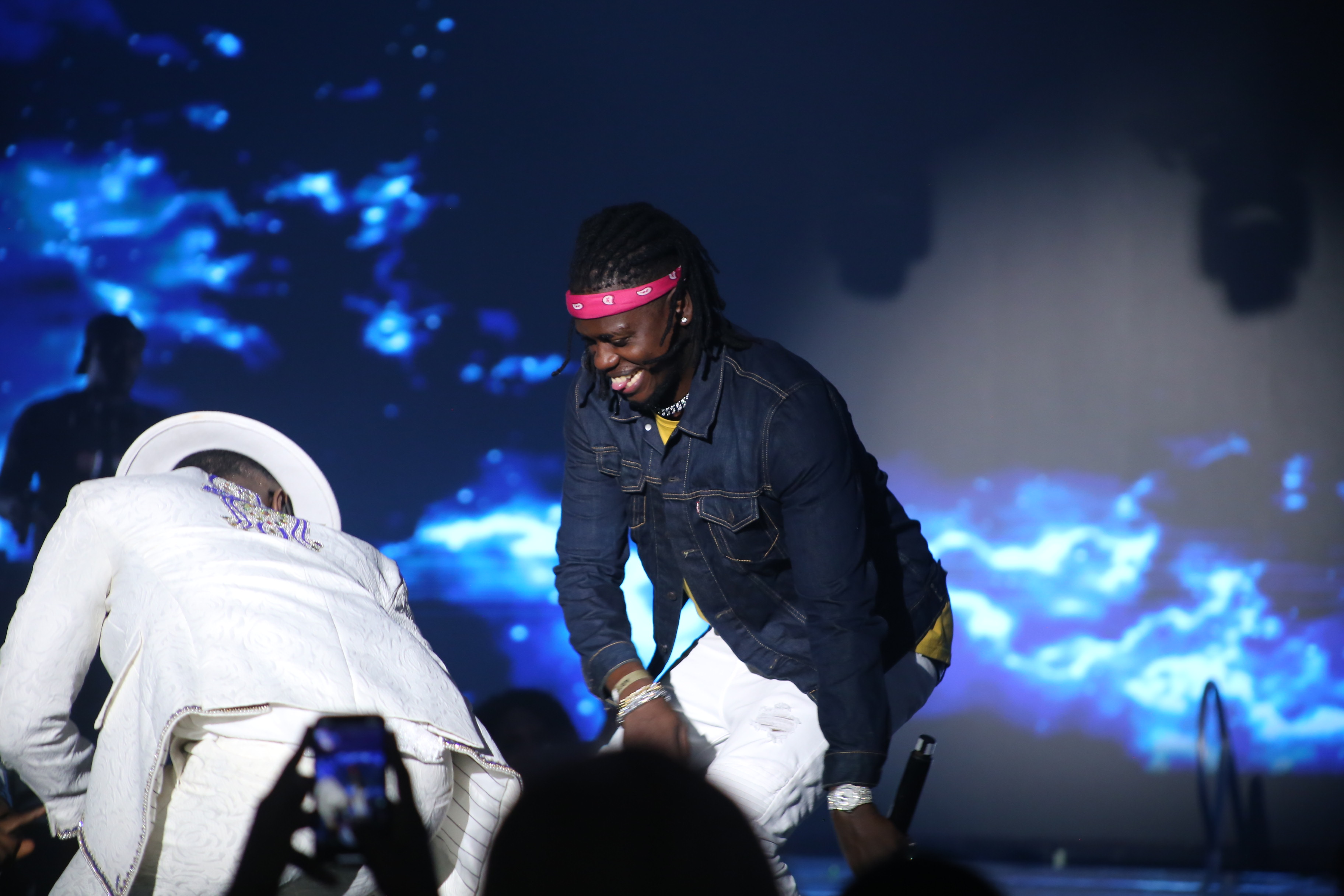 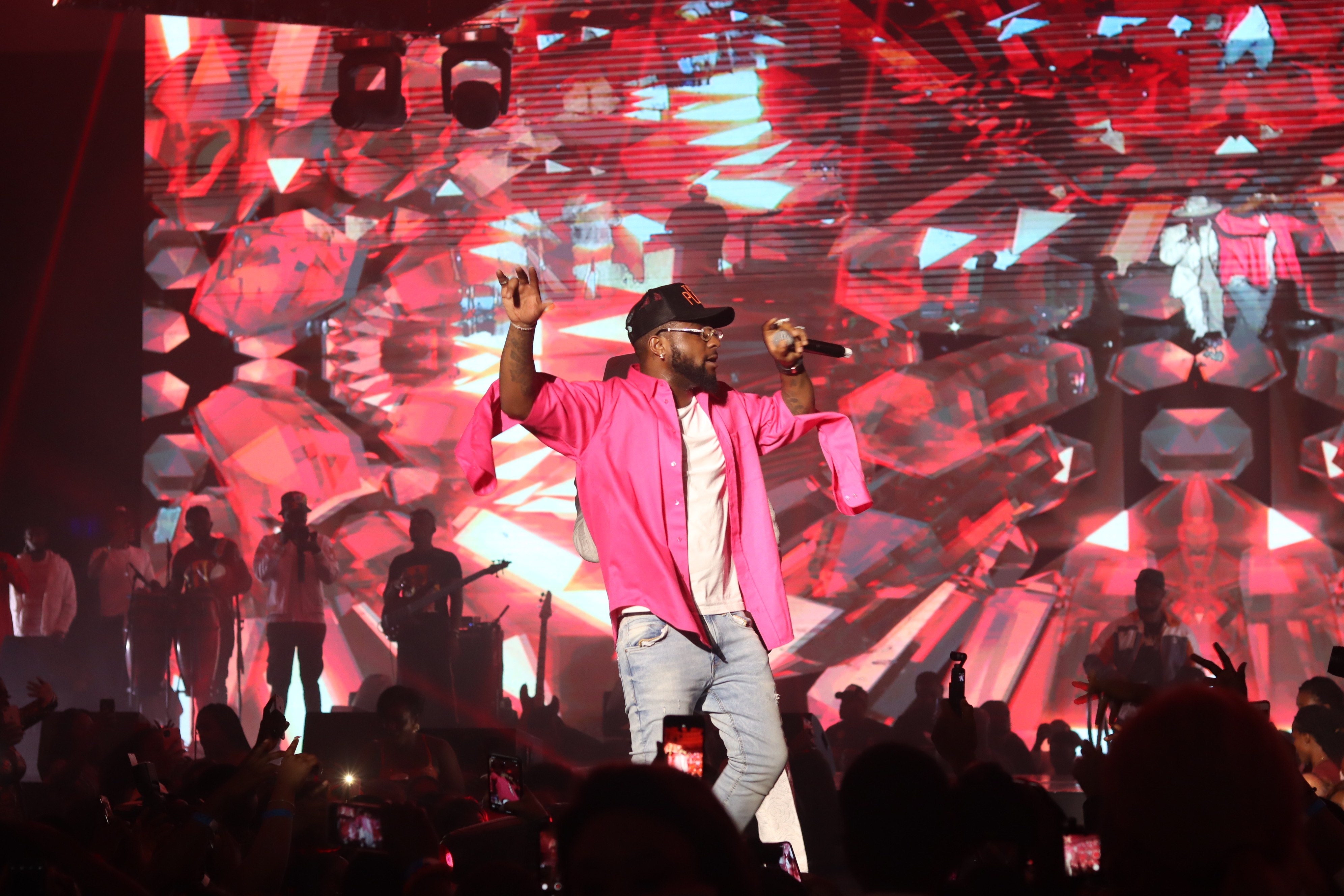 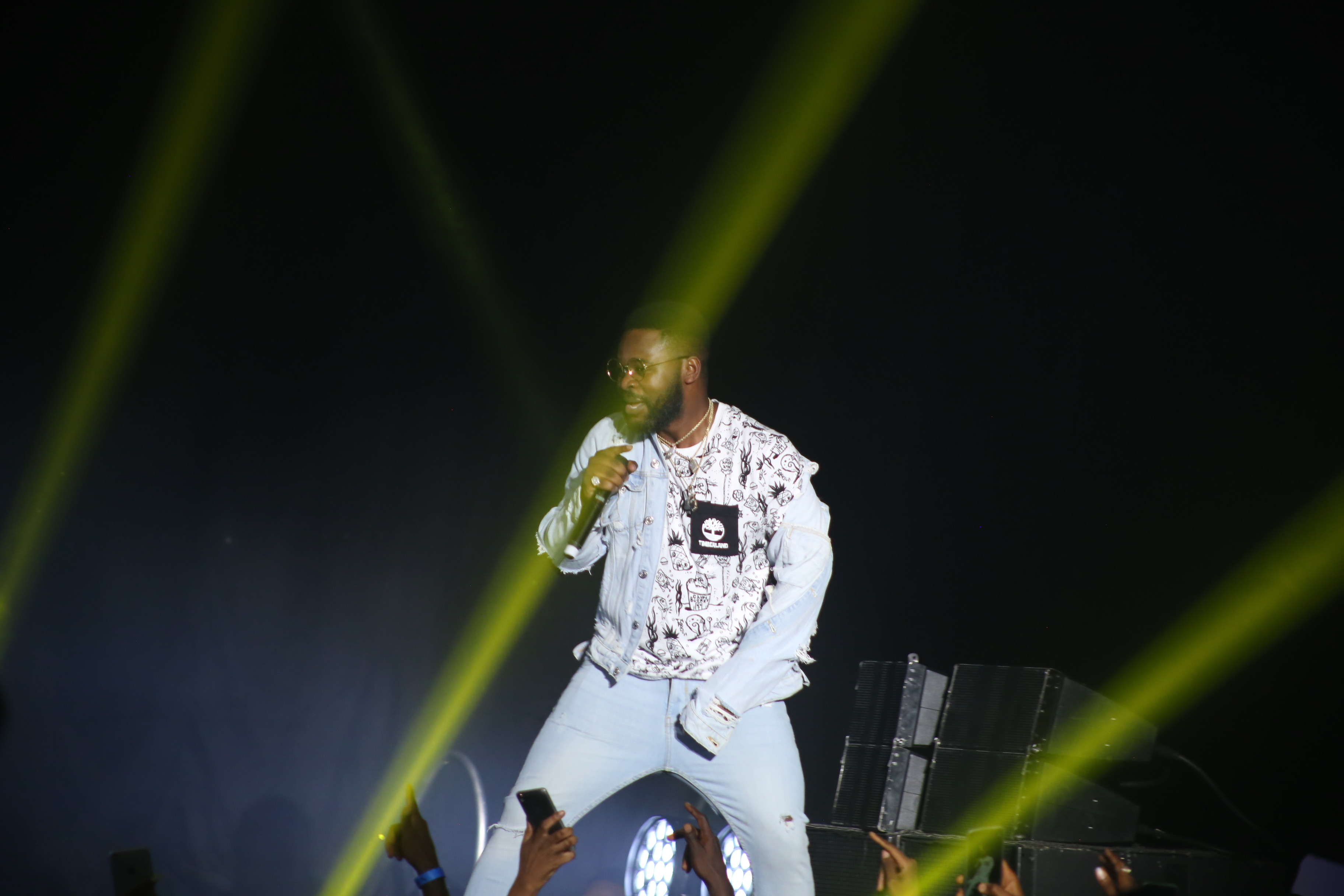 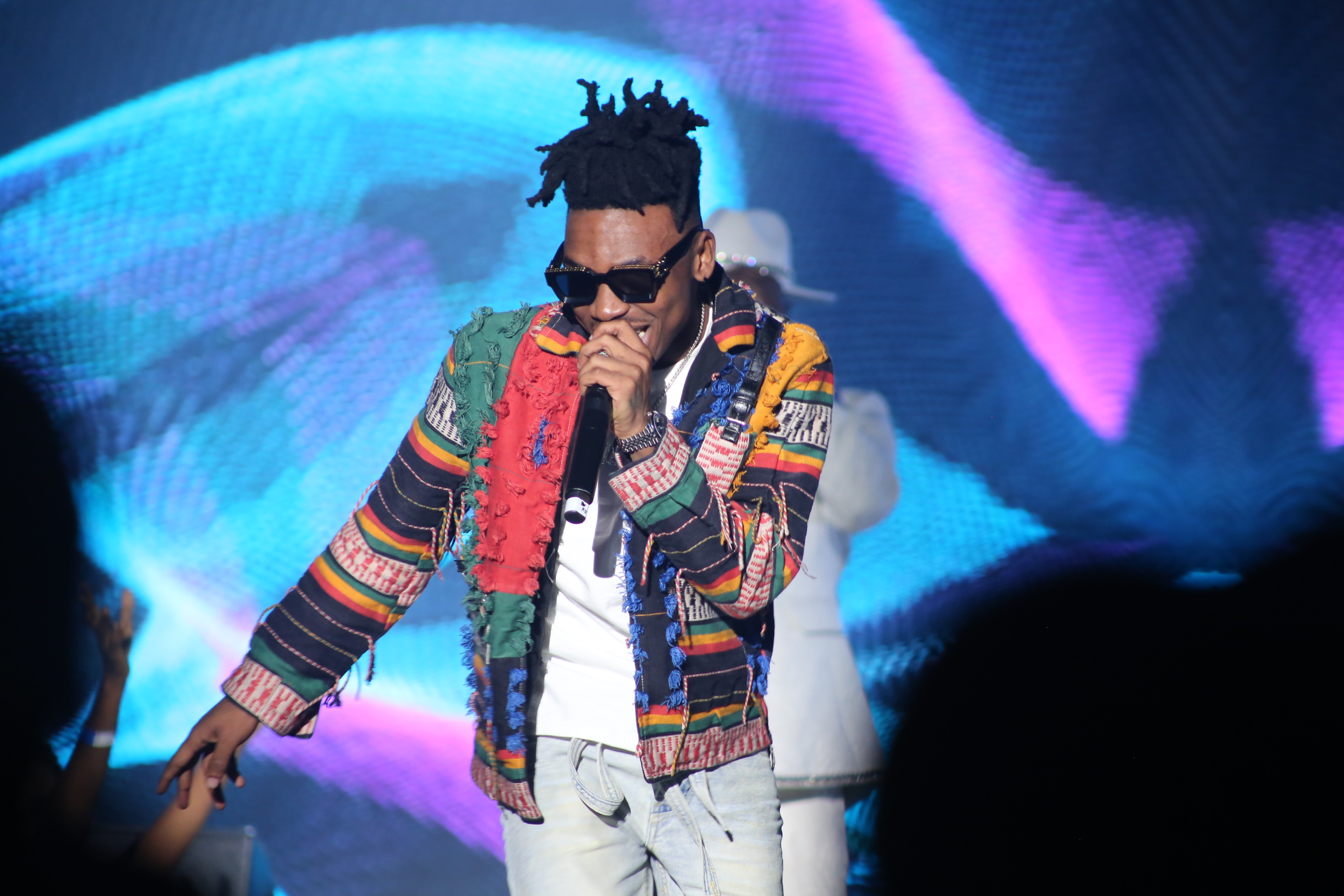 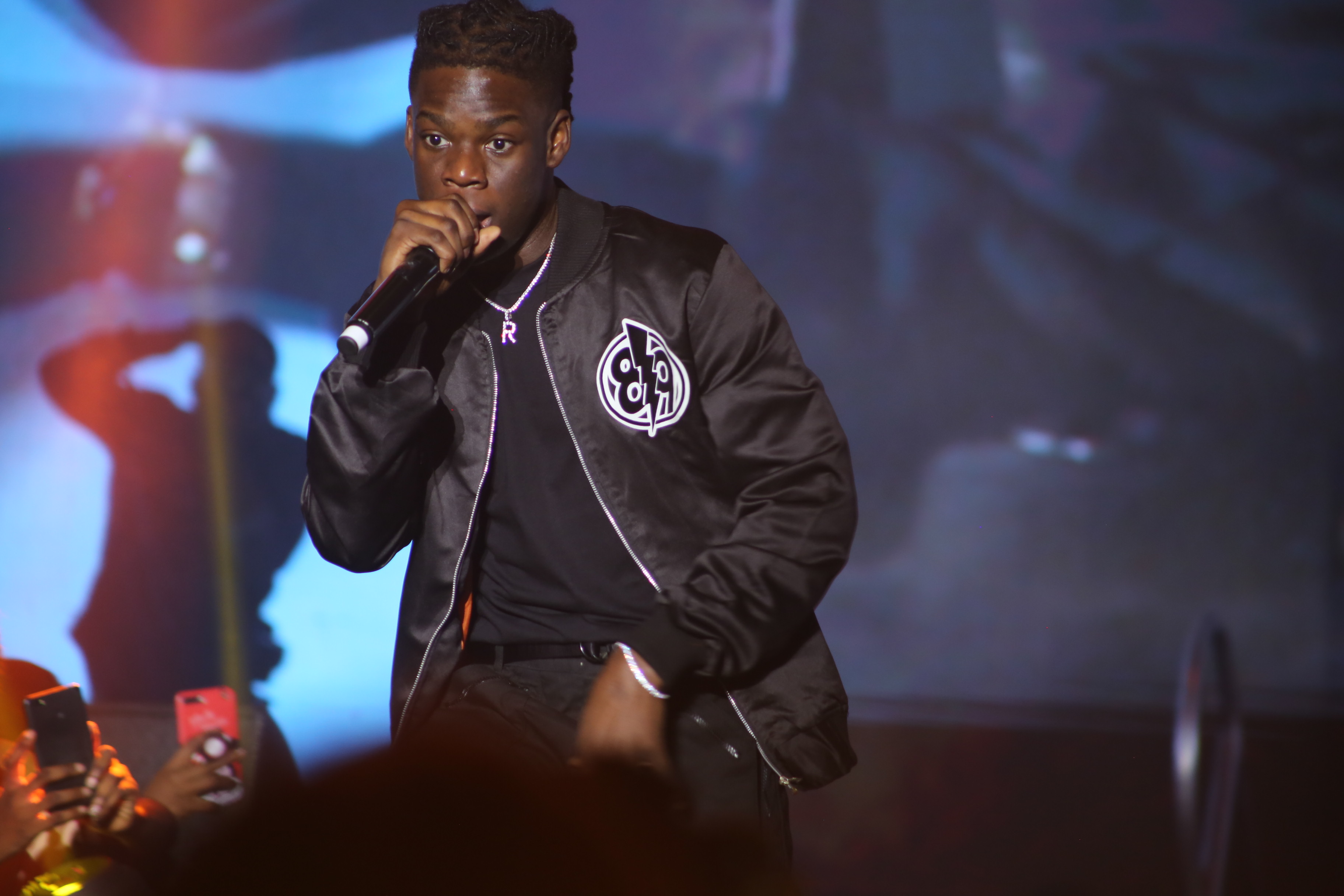 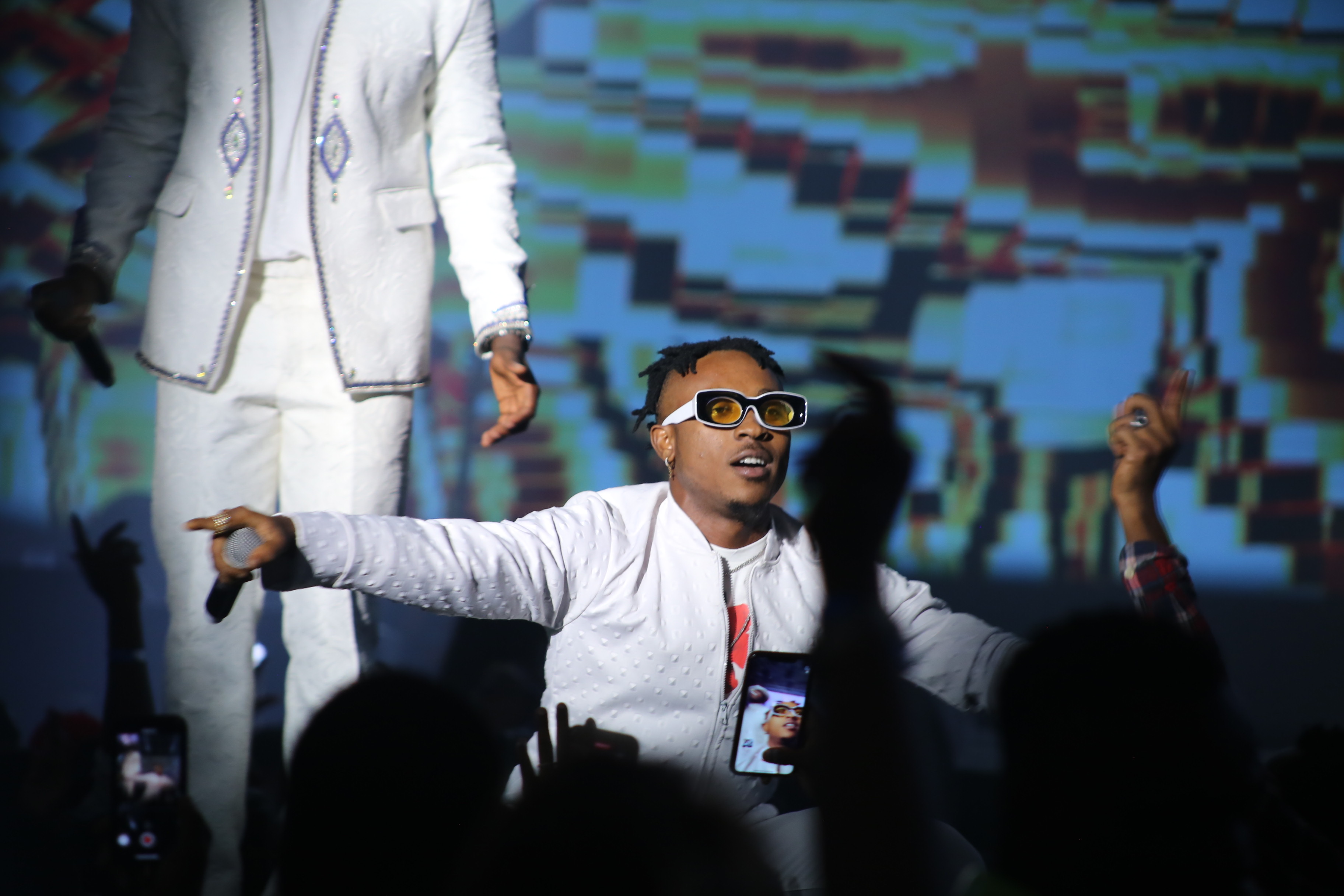 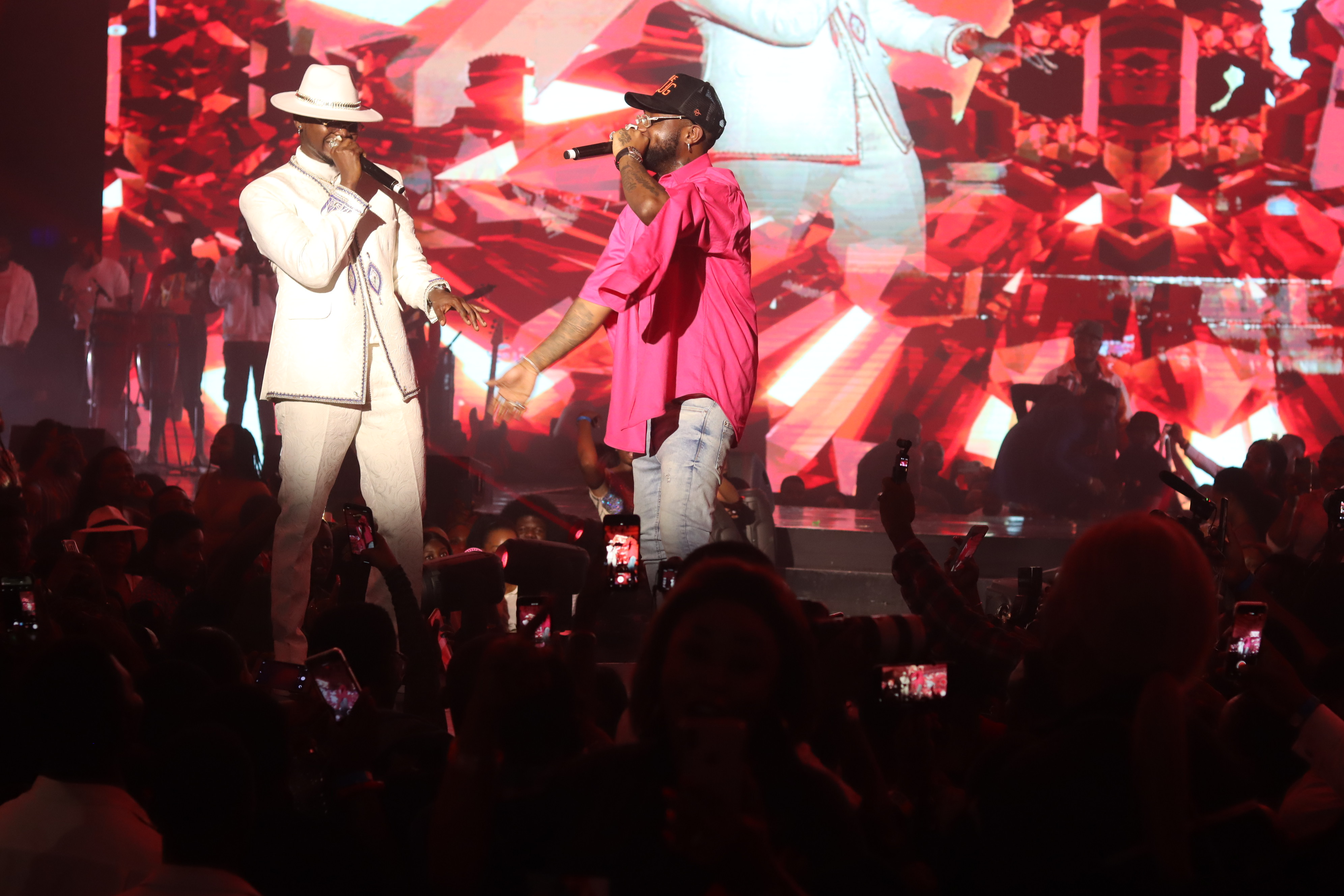 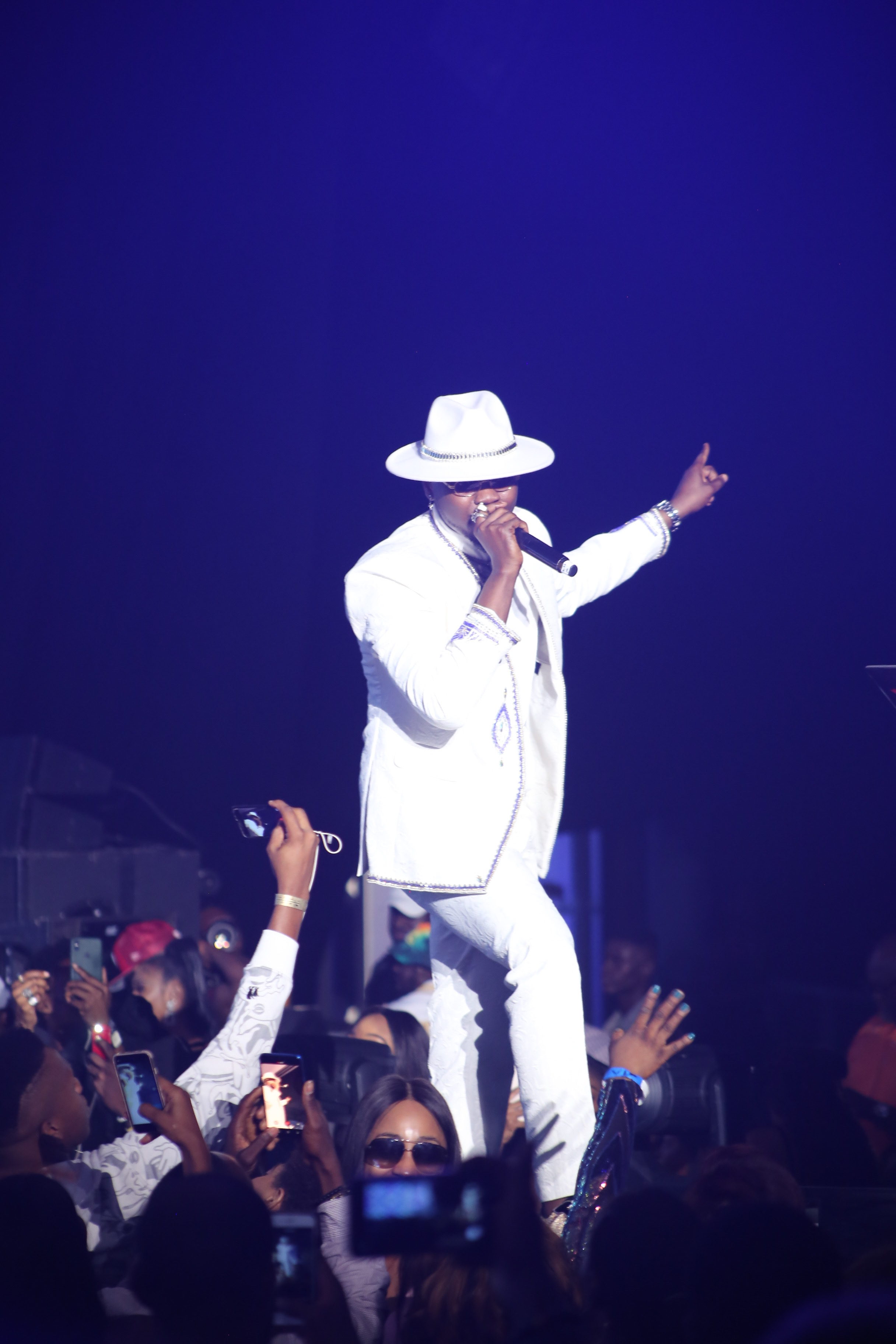 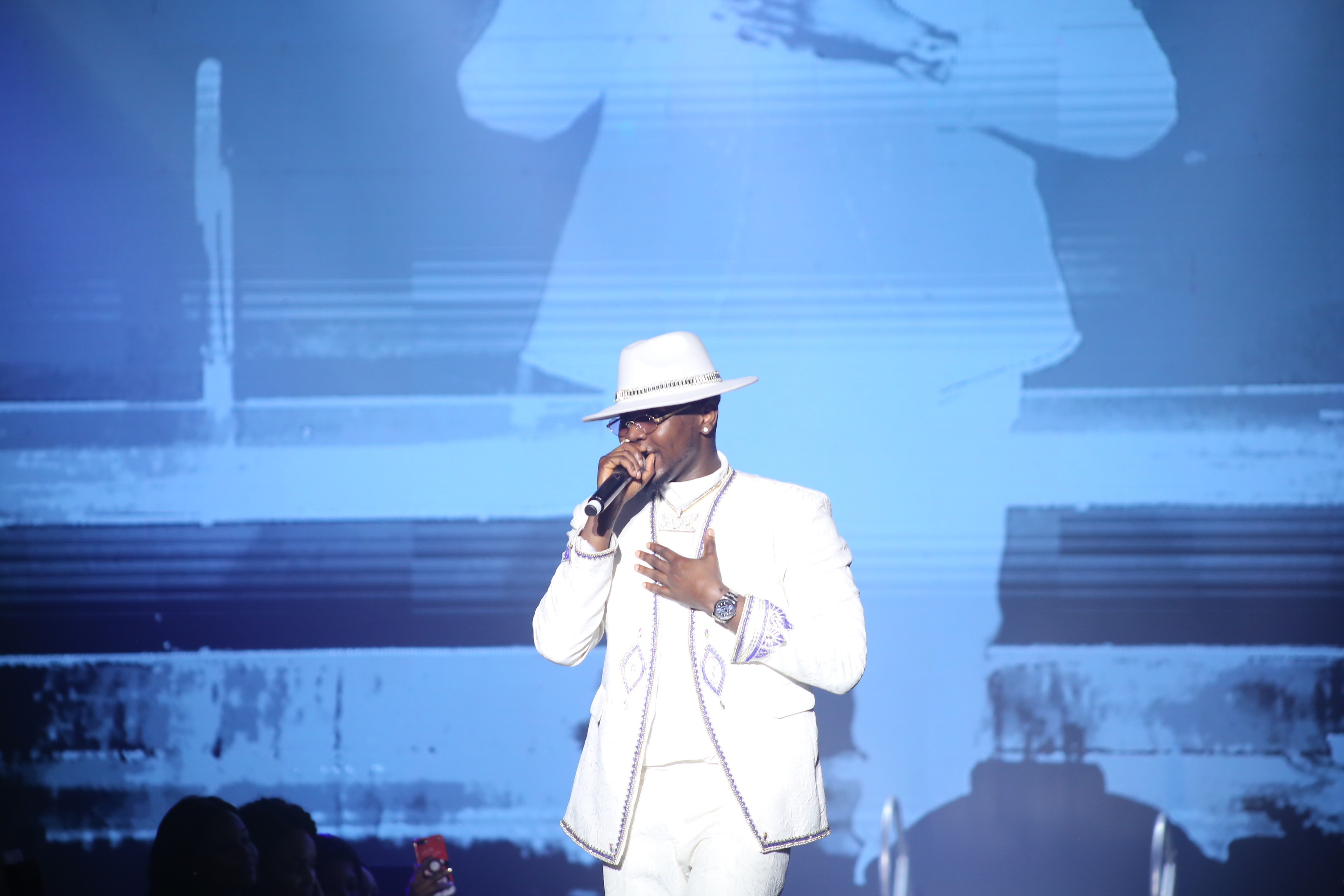 UberTalks is a media partner for Kizz Daniel Live
Entertainment