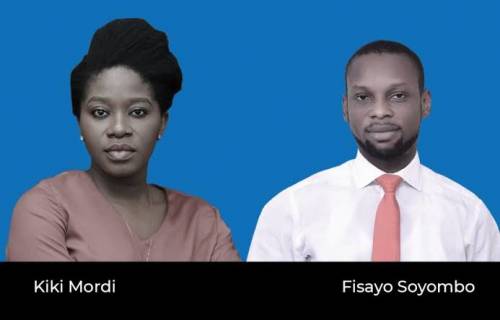 
The prize is a $3000 (N1m) endowment from Gatefield, a sub-Saharan Africa public strategy firm.
Adewunmi Emoruwa, lead strategist at Gatefield, made the announcement in a statement on Monday.
Soyombo won the prize with his three-part investigation exposing bribery and impunity in Nigeria’s criminal justice system, while Mordi, a journalist with the BBC, clinched the prize with her investigation on sex for grades in some West African universities.
Soyombo’s story generated reactions from the public and the declaration of an official investigation by the Nigerian authorities, while Mordi’s story led to the suspension of University of Lagos lecturers indicted in the documentary.
Emoruwa said the organiser of the award was proud of both Soyombo and Mordi for subjecting themselves to torture in a bid to expose the truth.
Features