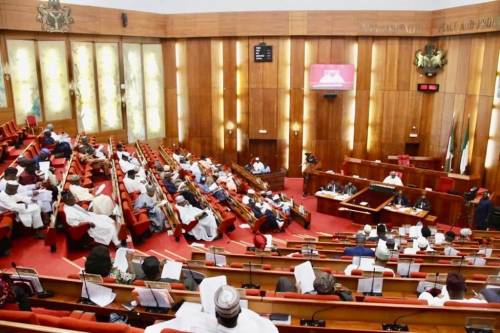 The Nigerian Senate has dropped its interest in breaking up the monopoly of System Specs, the firm which handles the Remita platform responsible for processing payments into the Treasury Single Account.


A member of the Senate Committee on Banking, Insurance and other Financial Institutions, anonymously informed PUNCH that its investigations did not show any serious reason for concern.
He said, “We are already in touch with the Federal Ministry of Finance and management of System Specs and from all indications, the current arrangement seems to be working for the country.
“We were acting on petitions from certain people, who drew the Senate’s attention to the dangers inherent in the current monopoly by System Specs but a careful investigation revealed that it wasn’t as serious as being projected.”
The committee had in November started exploring ways of breaking up the single-hold of System Specs on the management of the TSA payment platform.
Its move followed petitions it had received from concerned individuals.