Nigerians react to The Nation newspaper on Buhari for sectionalism 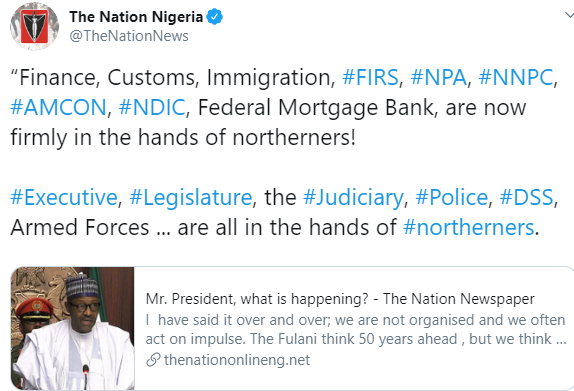 The article and tweet on the newspaper's verified twitter handle has got people talking on Twitter especially since the newspaper, according to those on twitter, is allegedly owned by APC National leader,  Bola Tinubu. Many wonder why the article criticing President Buhari would be approved for publishing.

The article is coming few days after Punch newspaper editorial took a stand to henceforth refer to President Buhari as ''Major General'' Buhari in protest of his style of governance.

Read the article and reactions from  Nigerians below

I have said it over and over; we are not organised and we often act on impulse. The Fulani think 50 years ahead , but we think and romanticise with yesterday. We celebrate achievements of yesterday as if they are more important than the future. What is going on is an organised sub-regional plan to establish a Nigeria that fits into their own dream. When are we going to play the flute because every time we rush to the agenda they throw in our midst and we start panting? They dictate the pace of our Politics and power game. Unfortunately our networking is so weak that we hardly have any meeting point , complete  with all the strategic groups across Yorubaland” – Akaraoogun.
For those who may not know, I have more than established my bona fides as a supporter of President Muhammadu Buhari. When he was not even sure he would emerge the APC Presidential candidate in 2015, I  had written concerning  him, saying: ”Nigeria, in its current dire straits, needs Buhari more than he needs Nigeria”.
But that is not all, as can be confirmed by the following attestations. 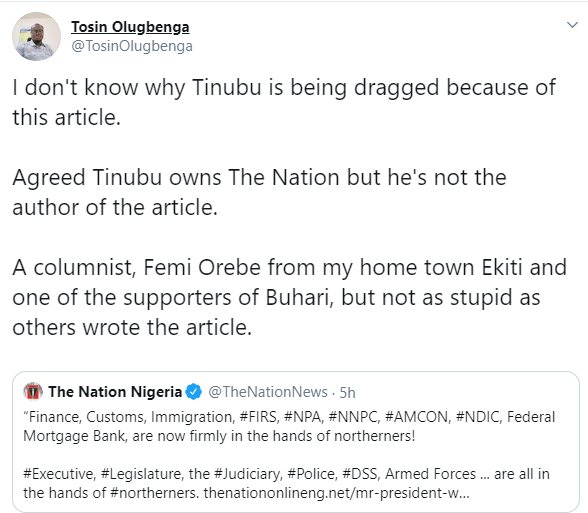 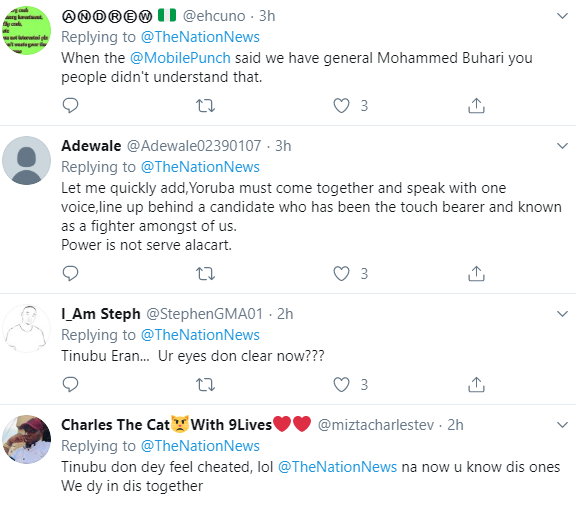 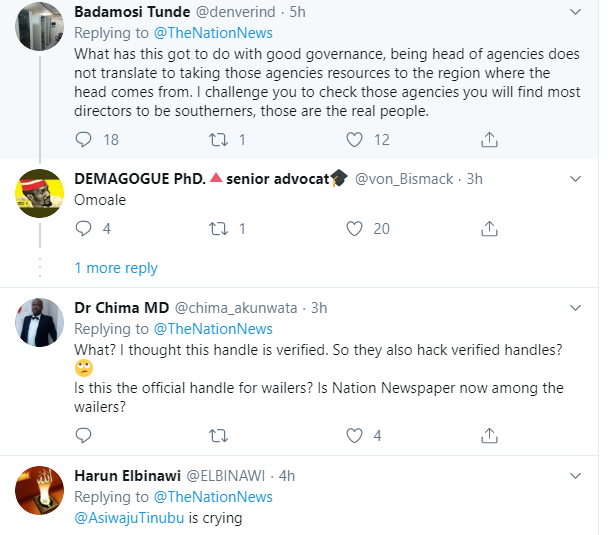 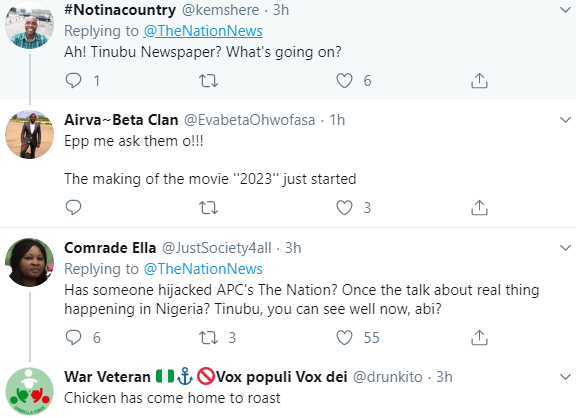 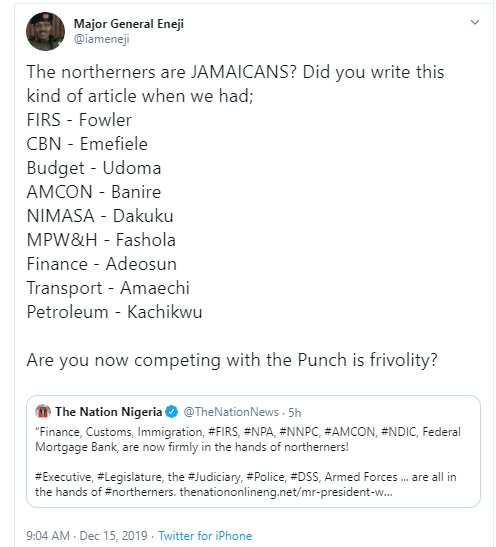 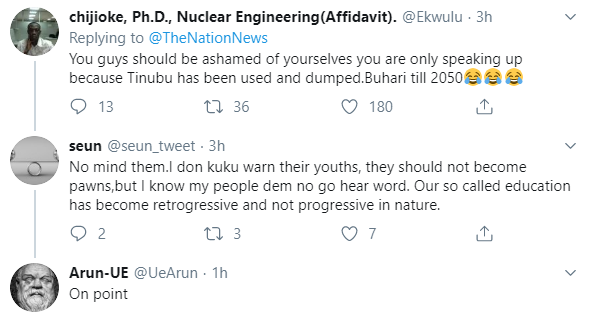