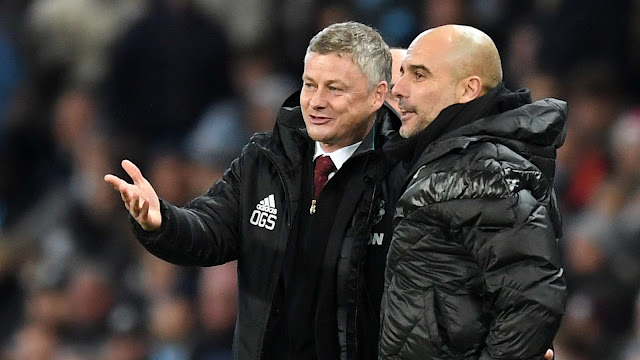 Ole Gunnar Solskjaer says it is not possible to expect Manchester United's youngsters to play "tippy-tappy" football in the manner of Manchester City at this stage of their development.


United produced one of their best displays of the season in Thursday's Premier League clash with Newcastle United, coming from a goal down to ease to a 4-1 victory at Old Trafford .
Anthony Martial scored twice, while Mason Greenwood and Marcus Rashford were also on target after Matty Longstaff had given the visitors a 17th-minute lead.
Solskjaer's side have often struggled to break down more defensive opposition this term, but the United boss believes the win over Newcastle shows their style can work.
"I think it's been said in no uncertain terms what type of team we are," he told reporters. "Supporters know what we expect and know when we are at our best.
"We showed that on Thursday and, even though we went a goal down, heads didn't drop. We have to make it hard to play against us.
"We can't play tippy-tappy football and can't, at this moment in time, play like City - only City can do that.
"We have to show more energy, drive and urgency, plus selflessness in every single game. That's the way we have to play at the moment."
United's latest triumph saw them return to winning ways after a shocking 2-0 loss at Vicarage Road to strugglers Watford last weekend.
The Red Devils are now only four points adrift of the Champions League places and Solskjaer remains confident of finishing in the top four come May.
"We should get into the top four without waiting for the final game against Leicester," he said. "But it may go down to that game, who knows?
"I've said about this team that we may be challenging for a lot more next year. We're young but I expect a lot from this team this year."
Two days after beating Newcastle, United take on Burnley in their next Premier League outing and they then travel to Arsenal four days later.
Liverpool boss Jurgen Klopp this week described the scheduling of the festive fixtures as "criminal" and Solskjaer agrees something needs to be changed.
"You are traditionalists in this country so I can't see it changing, but it should," Solskjaer said.
"I don't think it's fair on the boys at all. It's not fair to be expected to perform at the best of your ability, mentally and physically, 48 hours after you last played.
Article continues below
"But we are probably in the best position to perform on Saturday because the game [against Newcastle] was over after 45 minutes and we are a young side.
"We have a chance against Burnley to perform at our best level. When you're 23, which I think was our average age against Newcastle, it makes it easier to recover than Burnley.
"But it's not fair, especially when there was a game against Watford just gone, a game on New Year's Day - two games in three days."
Sports