Lampard: I'll always respect David Luiz - he played in the Champions League final with half a hamstring 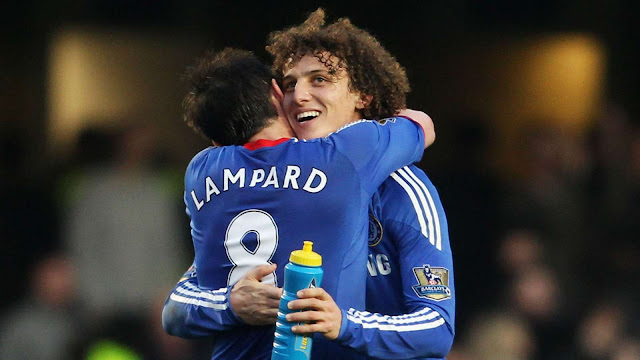 Chelsea may have sold David Luiz to rivals Arsenal ahead of this season, but Blues boss Frank Lampard says he will always respect the Brazil defender from his time at Stamford Bridge.


The centre-back could come up against Chelsea for the first time since he left on Sunday, when Lampard's men visit Emirates Stadium for Mikel Arteta's first home game in charge of the Gunners.
Arteta's predecessor Unai Emery brought David Luiz across London back in August, the 32-year-old sold just a month after Lampard took over at Chelsea.
The emergence of Fikayo Tomori – who won his first England cap last month – and Kurt Zouma's form has meant Chelsea do not appear to have missed Luiz, though his old team-mate Lampard was unwilling to make such declarations ahead of the latest London derby.
"What I don't want to do is look like it's a personal question going into a game against a player I respect and played with," he said at a news conference when asked about selling the Brazilian.
"If you look at our defenders and the emergence of Tomori, that's obviously been a big plus for us, but it was just a decision that was made and while I'm here I'll be making countless more of those in different ways.
"I certainly wish David well when he leaves this club. He was part of a Champions League-winning team, played with half a hamstring in the final, I know that.
"[He] got himself fit when he was under pressure with the injury and I will always respect that."
Both David Luiz and Lampard faced new Arsenal head coach Arteta during the Spaniard's playing days.
Arteta has taken on his first head-coaching post with the Gunners and Lampard feels he was destined for the role.
"[He was] a very good player, a very intelligent player, very technical player," the Chelsea boss added.
"Seemed to be a leader, not a fist-pumping kind of leader, but a leader in whatever teams he was playing in. He looks like he could be well-suited to management.
"I do wish him well – obviously not on Sunday – but I wish him well because when you see a fresh manager come into a job like that, I understand the strains and the pressures of it and the desires to want to do well in it. On a personal level I wish him well."
Arteta has landed a job at a leading Premier League side despite having no previous managerial experience, unlike Lampard, who spent a year with Derby County before returning to Chelsea.
However, Lampard feels Arteta's grounding as Pep Guardiola's assistant at Manchester City for three-and-a-half years has prepared him for his new job.
"He's worked under one of the greatest, if not the greatest, for a couple of years there," Lampard said.
"He was always an intelligent player and now has worked for that. I don't buy the whole 'inexperienced' one. I think you don't know until you take the chance with somebody and who's to say that managers are better or worse because they're in their first or 50th year of management? I don't buy it."