I only joined Man Utd because Ronaldinho told me he was going to Old Trafford! 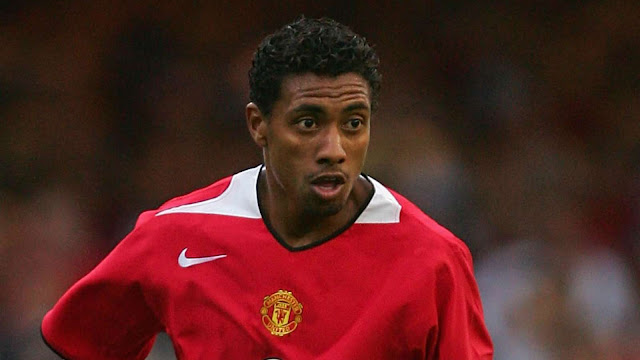 Manchester United flop Kleberson has revealed that he was conned into signing for the Old Trafford side by Ronaldinho.


The 40-year-old was regarded as a rising star of the world game when he signed for the Old Trafford club in 2003 from Atletico Paranaense, but he only made 20 appearances under Sir Alex Ferguson before departing for Besiktas a couple of years later.
He also had the opportunity to move to Leeds, who were at that stage flying high in the Premier League, but the influence of the Ballon d’Or winner, who was playing with Paris Saint-Germain at the time, meant that he favoured the Red Devils.
“There were two clubs interested in signing me: Manchester United and Leeds,” he told FourFourTwo. “It was an easy choice, but there’s a funny story about it, too.
“When [Manchester] United’s interest in me was confirmed, I was with the national team in France for the FIFA Confederations Cup. I can remember it clearly: I was with Ronaldinho and his brother/agent, Assis. Ronaldinho said: ‘They want to sign both of us.’ I said, ‘OK, let’s go, then!’
“I was so glad that he would be coming with me. I went back to Brazil and kept negotiating with United, but then Ronaldinho fooled me and went to play in the warm weather at Barcelona! He sent me to Manchester.
“That’s a joke between us until today. He knows that he owes me one.”
Kleberson did not last long in Europe. He would spend two years in Turkey before moving back home, where he featured for Flamengo, where he won the domestic title, and Bahia, with a loan spell back at Paranaense.
Article continues below
He played out his career in the USA, however, featuring for Indy Eleven and Fort Lauderdale Strikers in the USL and North American Soccer League respectively.
Despite his flop reputation at Old Trafford, he still managed to make 32 appearances for the Brazil national team and was a member of the squad that won the 2002 World Cup.
He is now a coach at the Philadelphia Union academy in MLS.
Sports