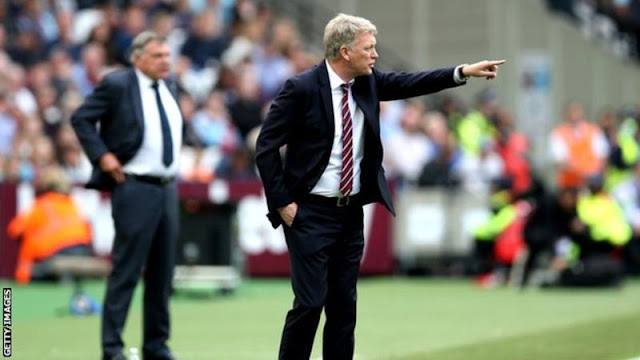 
West Ham are determined to have someone in place in time for Wednesday's home game against Bournemouth.
Sources have told the BBC former Everton and Manchester United boss Moyes, 55, is "95% certain" to be given the job of saving West Ham from relegation to the Championship.
Moyes, who is due to meet club officials on Sunday, led relegation-threatened West Ham to Premier League safety during six months at the club following the dismissal of Slaven Bilic in November 2017.
However, his contract was not renewed, with the Hammers stating they were "looking to go in another direction".
Despite providing Pellegrini with a significant transfer budget, West Ham saw results nosedive this season following an injury to first-choice goalkeeper Lucasz Fabianski.
Even going into the Leicester game, it was hoped the Chilean manager would turn the situation round. But Leicester's victory with a virtual reserve team left the Hammers hierarchy fearing a change had to be made in order to save their top-flight future.
Sports