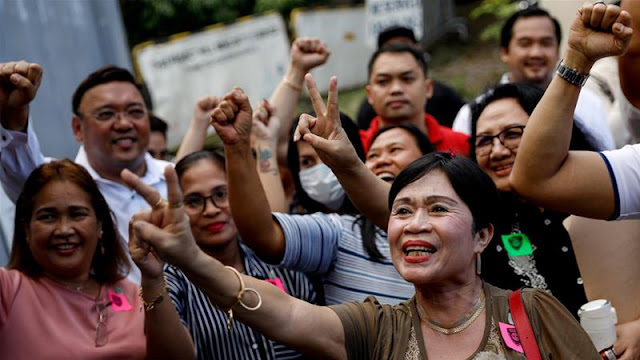 A Philippine court has declared members of a powerful political family guilty of mass murder in the country's deadliest incident of political violence.


Brothers Datu Andal Unsay Jr and Zaldy Ampatuan and their accomplices were among those convicted of 57 counts of murder with a sentence of life imprisonment without parole bringing to an end a decade-long trial where more than 100 people were charged with 58 counts of murder.
Fifty-six people, mostly junior police officers, were acquitted. Seven cases were dismissed, including that of Andal Ampatuan Sr who died of a heart attack in July 2015 while in detention.
Fifty-eight people, 32 of whom were journalists, were killed on November 23, 2009 in a political rivalry between two families, the Ampatuans and the Mangudadatus. The body of the 58th victim has not been found. 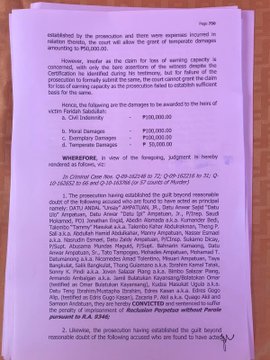 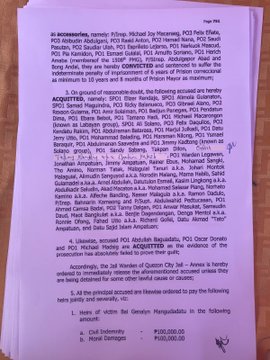 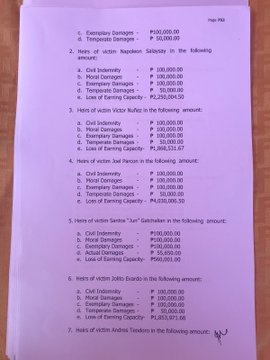 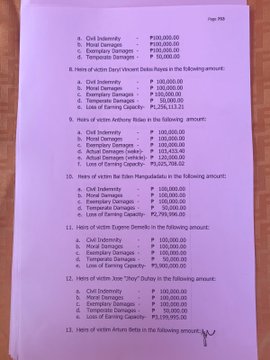 734 people are talking about this
The violence continued over the course of the trial. At least four witnesses were killed. Family members of the slain experienced threats and intimidation.
"All of the families were threatened in some way. Strangers lurking at our house. Threats on our cellphone," said 20-year-old Jay Duhay whose father, Johy, was among the slain media workers. "I'm happy about today's verdict but I'm just a student. I worry about what will happen to me tomorrow and the next day."
Myrna Reblando, the wife of one of the slain journalists, was forced to seek asylum in Hong Kong because she no longer felt safe.

In November 2009, a group of 58 people went to file Esmael Mangudadatu's gubernatorial candidacy against Andal Ampatuan Jr for the province of Maguindanao, in the southern Philippines.
The Ampatuans gained notoriety and political influence in Maguindanao by using violence and intimidation. The family ruled over the province and had their own private army comprising mostly police on their payroll.
Ampatuan Sr, then governor, had been grooming his son as the next in line to their political dynasty. Mangudadatu's candidacy would have disrupted his succession plan.
Ampatuan Sr was accused of being the mastermind behind the massacre, which he allegedly planned with his sons, Datu Andal Unsay Jr, Zaldy Ampatuan, Anwar Ampatuan, and Sajid Ampatuan.
Mangudadatu sent his wife and his female relatives to file his candidacy papers and brought along lawyers and journalists, for their added protection.
The convoy was ambushed by 100 of Ampatuan's men armed with assault rifles. The victims were moved to a hilltop and killed. The women were shot between the legs. The bullet-riddled bodies were buried in a mass grave dug using a backhoe.
The brazen brutality in broad daylight outraged many in the Philippines. Bowing to public pressure, then-President Gloria Macapagal Arroyo declared martial law on the island to expedite rounding up suspects.
It was not the first time the Ampatuans were implicated in the slaughter of political rivals. A 2010 Human Rights Watch (HRW) report implicated the family in more than 50 incidents of abduction, murder and torture, including the killing of people suspected to be involved in a bomb attack against the Ampatuans with a chainsaw.
"They act like gods," said Leila de Lima, a former human rights activist and currently a senator.

After the decision was read out, Mangudadatu came out of the courtroom with his lawyer, Nena Santos, in an upbeat mood. The two, joined by their supporters, stopped for photos making the peace sign.
"At least the major suspects were convicted," said Mangudadatu. But the verdict was far from over for him. Speaking to reporters, he said they would appeal the acquittal of two Ampatuan family members: Sajid Ampatuan and Tato Ampatuan.
Sajid was released on bail and is currently town mayor in Maguindanao.
The judge handling the case found insufficient evidence to prove the two guilty.
"There is no closure yet. There are still 81 suspects at large. We also expect them [the defendants] to appeal. We've still got a long way to go," he said.
For most of the victims' families, the justice served on Thursday was bittersweet.
"I am very happy, this will really help me move on, but I can't help but feel this is not sufficient," said Erlyn Umpad, whose partner, Mark Gilbert Ariola, was one of the murdered media workers.
"Yes they are convicted but at least they are still alive. Their families can still visit them, touch them. What about the loves ones we lost? We will never see them again."
News