'Cavani would be a spectacular signing for Atletico' - Forlan 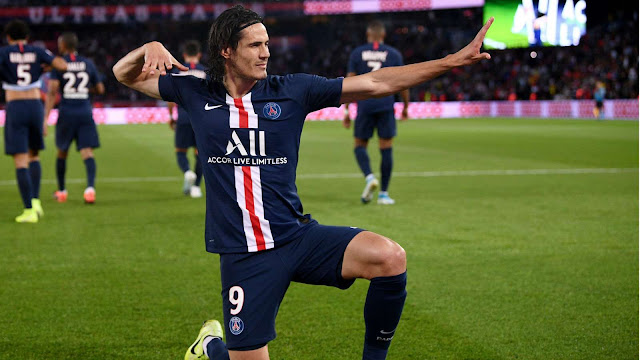 Edinson Cavani and Atletico Madrid "would suit each other very well", according to Diego Forlan, who backs the Paris Saint-Germain striker to complete a move to Wanda Metropolitano next year.


Cavani has spent the last six-and-a-half years of his career at Parc des Princes, having joined the French champions from Napoli back in 2013.
The 32-year-old has further enhanced his reputation as one of the most prolific No.9s in European football during his time with PSG, scoring 193 goals in 267 appearances across all competitions.
He has, however, struggled for form and fitness at the start of the 2019-20 campaign, slipping down the squad pecking order behind Kylian Mbappe and summer signing Mauro Icardi.
Cavani has only managed to score twice in eight Ligue 1 outings this term, amid continued speculation over his future at the club.
The experienced centre-forward has been heavily linked with a switch to Atletico in recent weeks, as Diego Simeone looks to bring in a goalscorer who can provide extra competition up front for Alvaro Morata and Diego Costa.
Forlan, who played alongside Cavani at international level with Uruguay at the height of his career, thinks his compatriot would be a "spectacular" signing for Atletico.
"It would be spectacular, he'd be a great signing for Atletico Madrid," the ex-Rojiblancos star told Marca. "He and the club would suit each other very well.
"It would be great for the present, but also the future. It seems to me like a signing for immediate performance, which is what Simeone needs at the moment.
"Furthermore, [Cavani]'s impact will be big from the first moment."
Atletico have endured a frustrating season so far, slipping to fourth in the Liga table after 18 fixtures, seven points behind leaders and reigning champions Barcelona.
Simeone's men have lacked a clinical edge in the final third of the pitch, with Morata currently their leading scorer with a modest seven goals to his name from 15 matches.
Article continues below
Forlan believes Cavani can help turn Atletico's campaign around if a deal can be done in the January transfer window.
He added: "I think that by signing [Cavani] Atleti would take another step towards completing their objectives for this season and those they'll face in the following campaigns."
Atletico will return to Liga action following the winter break on January 4, with Levante set to arrive at Wanda Metropolitano.
Sports