Arsenal is the Biggest club in England – Arteta 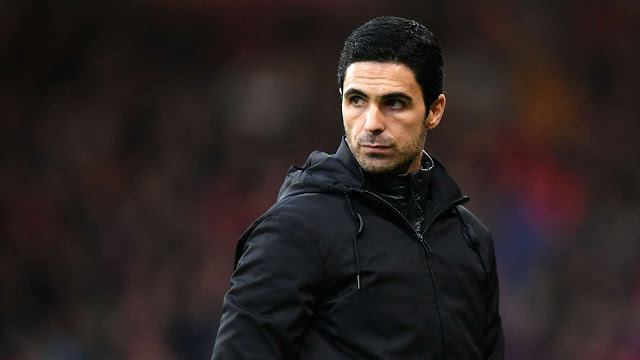 New Arsenal manager Mikel Arteta believes that he can win the fans of "the biggest football club in England" back onside after a difficult few months, as he aims to recapture the halcyon days of Arsene Wenger.


Former Gunners star Arteta, who was a two-time FA Cup winner with the club before hanging up his boots in 2016, was appointed as Unai Emery's successor earlier this month, with the ex-Manchester City assistant boss overseeing a 1-1 draw with Bournemouth for his first game in charge.
He faces a sterner test against rivals Chelsea in the club's final game of 2019, however, with Arsenal looking to make amends for their Europa League final defeat to the Blues in May.
Arteta has now outlined his plans on how to recapture the glory days of Wenger in north London, adding that it is imperative for his side and their supporters to see eye-to-eye.
"We need to connect the team with the fans again," he told Sky Sports. "I sense in the last few seasons there has been a big disconnection, and we are losing a lot of power.
"I said before that they are probably the most important part of the football club, and we need to get them on board, we need to convince them, and we need to be able to transmit what we are trying to do with the team.
"Hopefully on Sunday they will start to see some things where they think: 'OK, I take this on board, I start to like a few things!' The process is going to take some time, but I hope we can start to engage them again.
"I think things happened in the last two seasons that have a strong say on the situation. If the fans can see an identity close to what they are used to seeing with Arsenal, they will be on board."
"There are some non-negotiables. The demands we put on the team, the commitment, the energy we put in, that dominance.
"We are the biggest football club in England, and we have to play a little bit with that arrogance, that belief. This stadium has to create fear again. I used to hate coming here as an opponent, and we need to use that power."
"The moment you jump into this football club, you feel the pressure attached to playing here. The demand is to win, win trophies, to win every three days, be better than your opponents.
"Those are the standards here, and it can't be anything different. When you have the crowd with you, it's confidence, it's belief, you feel protected.
"This club deserves nothing else but excellence. It deserves the best every single day. Everyone who jumps through that door needs to realise that is what we're going to be requiring."
Sports