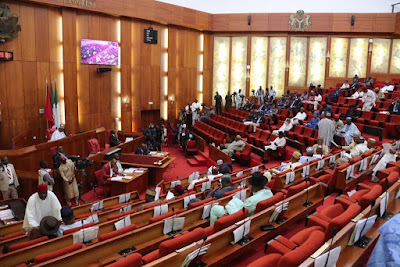 Yup! It’s actually happening. The Nigerian Senate is sitting to pass a bill that could have lecturers who sexually harass students go to jail for 14 years!


The bill, according to PM News, is titled “A Bill for an Act to Prevent, Prohibit and Redress Sexual Harassment of Students in Tertiary Educational Institutions and for other matters connected therewith 2019” but is popularly tagged “Sexual Harassment Bill,” and was sponsored by the Deputy Senate President, Ovie Omo-Agege, on Wednesday.
The bill states that those convicted would face a minimum jail term of 5 years, and it could go up to 14 years, with no option of fine.
The offences include:
The bill also has punishment for students found to be falsely accusing a lecturer: expulsion.
News Politics