Sowore: No Law Says Someone Must Come For A Suspect Before They're Released –NBA 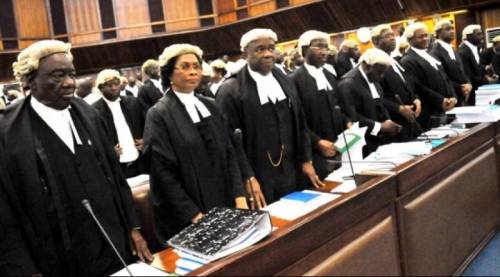 The Nigerian Bar Association has said that no provision of the law requires anyone to come for a suspect before he or she is released on bail.


The NBA said this in reaction to the reason given by the Department of State Services for not releasing pro-democracy campaigner and Publisher of Sahara Reporters, Omoyele Sowore, from its custody.
The DSS had claimed that no one has come to retrieve Sowore from its facility, hence the reason for not releasing him after meeting his bail condition.
The NBA condemned the reason given while also calling on the government to respect all court orders.
A tweet by the association reads, “We find this most ridiculous.
"There is no provision of law that someone must come for a suspect before he or she is released, even as the court order didn't state so.
“DSS and indeed all agencies of government are creations of law and must respect and abide by court orders.”
News