'Ronaldo hasn't dribbled past anyone in three years' - So what? Cristiano infuriated but inspired by critics 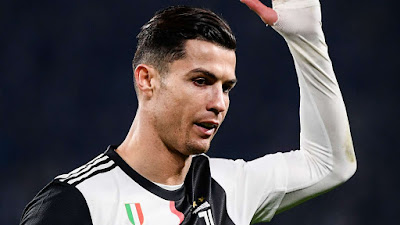 Cristiano Ronaldo is acutely aware that he infuriates as many people as he inspires.


"I know that some stand with their rifles waiting for me to miss a penalty or to fail in a decisive game," the Juventus star told La Repubblica in May.
Shots were certainly fired in the forward's direction after his petulant reaction to being substituted just 10 minutes into the second half of his side's Serie A clash with AC Milan just before the international break.
The Portuguese snubbed coach Maurizio Sarri as he walked straight down the tunnel to the dressing room and left the Allianz Stadium before the game had even finished, prompting a furious backlash from the pundits on Sky Sport Italia.
"You must be a champion also when you are replaced, not only when things are going well," Fabio Capello pointed out.
The former England coach also correctly asserted that Ronaldo has not been at his brilliant best this season – something that both Sarri and the player himself have since attributed to a niggling knee injury.
But then, Capello went further.
"The truth is that Ronaldo hasn’t dribbled past anyone for three years," the Milan legend argued. "I remember when he flew past players and left them on the spot."
Capello's argument is valid but misses the point.
Ronaldo is now 34 and has admitted that he is no longer preoccupied with beating his man with pace or skill.
"Those times when I would be playing and think, 'Now I will do a dribble' – I don't have them anymore," he has admitted.
However, while age has deprived Ronaldo of some of his explosive speed, his thirst for success remains unaffected.

As Portugal team-mate Mario Rui recently told A Bola, "Ronaldo is never tired of winning. He always wants more, and it is this hunger that makes him what he is."
The pursuit of perfection essentially defines and consumes Ronaldo.
"I see football as a mission: to take to the field, win and improve,” he said. And the third objective is significant.
It is the reason why he stopped dribbling; the reason why he changed his game; and the reason why he continues to push himself to the limit physically.
Indeed, on top of the commercial benefits of having 'CR7' in Turin, Juventus are also experiencing another 'Ronaldo effect'.
"Since he arrived at the club, the percentage of body fat throughout the squad has gone down," winger Douglas Costa told Esporte Interativo.
"You often see Ronaldo topless and his physique is awesome. It drives everyone on and we all want to have a body like his."
No player, though, not even one as disciplined as Ronaldo, is immune to wear and tear.
"Over the last month, he has had this little knee problem, he had a knock in training and it hurt the collateral ligament," Sarri explained after the Milan game.
"When he trains at high intensity or plays, it unbalances him, so he ends up overcompensating and it damages the calf and thigh muscles.
"It is affecting his performances and he is not at his best at the moment."
Perhaps because his form and fitness were openly questioned, it shouldn't have been a surprise to see Ronaldo play all but seven minutes of Portugal's games against Lithuania and Luxembourg during the international break, scoring four times in the process.

However, the net result was that he returned to Turin with the very same discomfort in his knee that had been hindering him in Juve's most recent fixtures.
Consequently, he was not called upon for Saturday's 3-1 victory at Atalanta and Ronaldo being rested is likely to become an increasingly common occurrence this season, at least in Serie A.
The reasoning is twofold.
Firstly, Juve don't need Ronaldo at his best to retain their Scudetto; they need him at 100 per cent to win a first Champions League since 1996.
Secondly, Gonzalo Higuain and Paulo Dybala, two players that Juve tried to offload during the summer, are suddenly proving a surprisingly effective partnership.
So much so, in fact, that the Gazzetta dello Sport asked after the Argentine duo scored three times between them in Bergamo on Saturday, "CR chi?" (CR who?).
The headline was somewhat tongue in cheek – nobody is seriously suggesting that Juve are better off without Ronaldo – but they are showing that they can cope in his absence.
That is a massive positive for both the player and the club.
On Tuesday night, Juventus will host Atletico Madrid in a game that will likely decide who progresses to the Champions League knockout stage as winners of Group D.
When Diego Simeone's side were last in Turin, in March, Ronaldo scored a hat-trick to take the Bianconeri through to the quarter-finals, underlining the Old Lady's utter dependence upon their star forward.
This season already feels different, with Higuain, Dybala and Douglas Costa (when fit) all looking reinvigorated. That should allow Juventus to field a fully refreshed Ronaldo whenever he is really required.
Despite his love of the spotlight, the forward should welcome the lighter work-load. At the end of the day, he is not motivated by playing every game but by making history and silencing critics. His ultimate goal is strengthening his claim on the title of the greatest player in history.

After scoring his 99th international goal last Sunday week – moving him to within 10 of all-time leading scorer Ali Daei – Ronaldo declared: "All records must be broken and I will break that record."
There's little reason to doubt him, as Ronaldo is nothing if not relentless. Once he has a target in sight, he will not stop until he obliterates it.
He is, effectively, football's answer to The Terminator, a fearsome goalscoring machine.
However, Ronaldo's humanity is part of his armour. He is not a robot. He is not immune to injury – or insults. For all his belief in his talent and self-worth, the criticism does get to him at times.
"I get tired because it seems that every year I must prove myself to be very strong. It is difficult," he confessed.
"There comes a moment when you say: 'Listen, leave me alone.'"
The Milan substitution was undoubtedly one such moment. He handled the whole episode poorly and deserved the flak which came his way.
It will have hurt him, too, particularly the attacks on his character, but it won’t have come as a surprise.
Article continues below
No matter what he does, Ronaldo will have his critics. Rightly or wrongly, some people will never stop taking shots at him.
But then, as this latest wholly avoidable episode underlines, he will never stop replying with goals.
Not yet, at least. Not until every possible record out there belongs to him. Because the very criticism that infuriates him also inspires him.
Sports