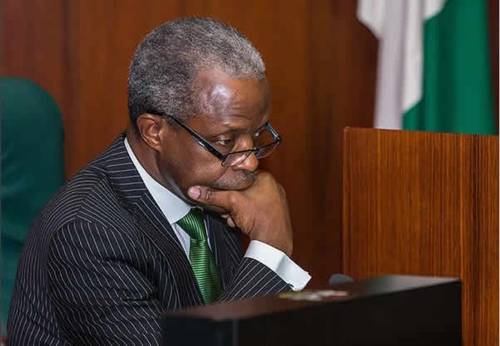 The Nigerian Government has said it sacked 35 aides of Vice President, Yemi Osinbajo, to “save money”.


Osinbajo whose responsibility as head of the nation's economic team was taken away few months ago, had been the subject of power cuts in recent times within the Presidency.
Presidential spokesperson, Garba Shehu, said in a series of tweets that the motive was to save taxpayers money.
The tweet reads, “The Presidency wishes to confirm that there is on-going, an unprecedented overhaul of the nation’s seat of government arising from which a number of political appointments have either been revoked or not renewed.
“The exercise, which has been ordered by the President, is to streamline decision-making, cut down multiple authorities and reduce the cost of administration.
“It is also an appropriate response to the general perception that the Presidency has an oversized and bloated workforce which acts as a drag on efficiency.
“As may have been noticed by discerning members of the public, a number of political appointees among the few that served in the office of the President were not returned for the second term.
“The office of the Vice President, His Excellency Yemi Osinbajo has, in compliance with the directive of the President, equally been shed of a number of such appointees.
“In carrying out these exercises, the overriding objective is to save taxpayer money and deliver needed service to the public.”
Politics