Pascal Siakam: Toronto Raptors star who would have been a priest & his unconventional path from Cameroon to NBA 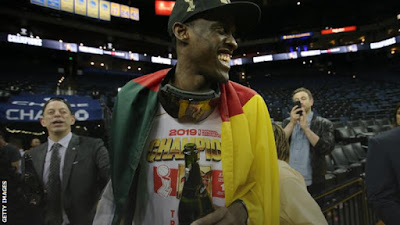 Even though his father dreamed about one of his children growing up to play in the NBA, Siakam, the youngest of six siblings, was always more interested in other sports.