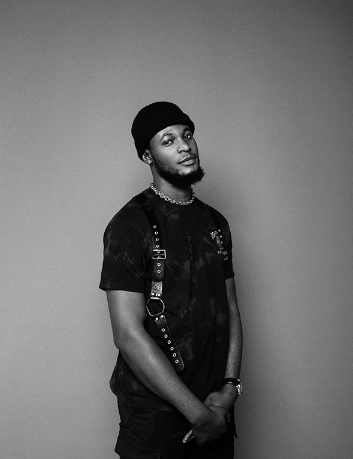 Surely you’ve heard the phrase “It’s Kel-P vibes” at the start of some of your favourite songs this year. His name’s been everywhere on the radio. From Burna Boy‘s best hits to Niniola‘s “Boda Sodiq,” and even Wizkid‘s “Ghetto Love.” Still, you had no idea who that was. Well…


Kel-P is the 24-year-old producer who deserves all the accolades for producing and also writing Burna Boy’s major hits.
Kel-P was the primary producer of his Grammy-nominated album African Giant, producing and co-writing nine tracks with four being released as singles such as: ‘Pull Up’, ‘Another Story’, ‘Gbona’ and ‘On The Low’.
Signed to Aristokrat Records, “Eleganza” (2017) by Solidstar became his first major production, and since then caught the attention of many artists such as rapper Future, Ceeza Milli, T’neeya and Phyno. Kel-P draws his melodic inspiration from early-2000s R&B like Rihanna and Destiny’s Child and extracts from his native roots through Fela Kuti for his signature guitar chords and drum patterns. He mentored under Sarz for 8 months in 2016.
Only three years in the industry, Kel-P is successfully bringing the sound of Africa to the global stage, and it’s only the beginning.
He is getting set to release produced tracks for Wizkid’s highly anticipated 4th studio album, “Made In Lagos,” scheduled to drop at the end of the year.
Nice work, Kel- P 👏🏾!
Entertainment