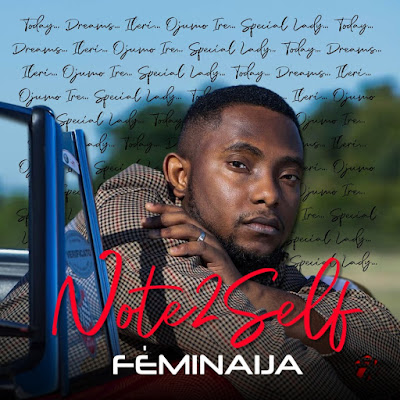 Feminaija also known as Adepoju Olufemi Adeleye, is a UK based Nigerian singer, songwriter, guitarist, and medical doctor. His music is a rich blend of African folk, Soft Rock and Contemporary Soul, with lyrics in both English and his native language, Yoruba.


Born in Idiaraba Lagos, Femi spent most of his childhood in Sagamu Ogun State, where he got his primary and secondary education, Mayflower School Ikenne. He got his MBChB from Olabisi Onabanjo University teaching hospital (formerly Ogun State University Teaching Hospital).
Femi’s love for music started at a very young age. Being part of a somewhat musical family, as both parents were choir members in the church, Femi quickly picked interest in music. He spent most of his formative years as part of various choirs through Secondary school and University and was taught to play the Harmonica by his dad. He learned to play the guitar much later in university he also grew up listening to a combination of old school Highlife, Afrobeat, Reggae and Country music which made up his father’s Vinyl collection with artistes like Ebenezer Obey, King Sunny Ade, IK Dairo, Kenny Rogers, Don Williams, Lucky Dude, Majek Fashek, Fela Anikulapo Kuti and so much more, All of who formed his musical influences growing up. 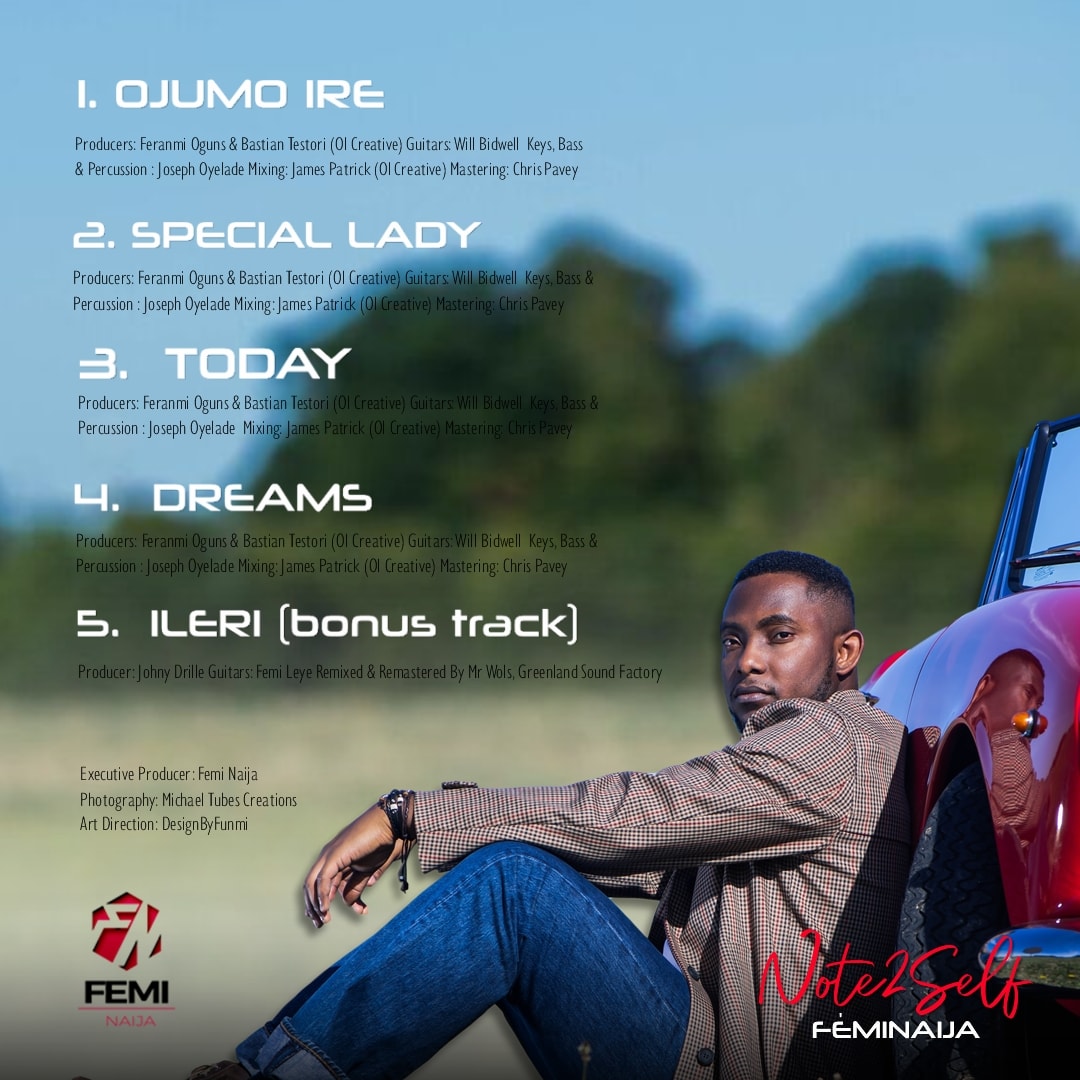 It was while he was in Medical school he did his very first recording with Wole Oni (Instinct Productions), Why and Orin Ogo. Both songs were never released. He later recorded his first released single, ChaCha Naija with Sam Clef, which launched him professionally into the music scene (then known as Ari). This was when he signed with Thumbs up records for 3years.
During this period he regularly performed at Taruwa which held at Bogobiri, Starcomms benefit concert at the Vault NightClub Ikeja hosted by OMOBABA No 1, and also performed at the Hennessy artistry DJ contest 2009.
After ‘Thumbs Up Records’, he was signed to ‘SQN Music’ where he recorded and performed his 2 songs, B’aye Molla and Desire. Femi has also performed at the Boat Club, Felabration 2015, OneMic Naija 2015, and so on.
Femi is married with a beautiful daughter and in 2017, he relocated to the UK with his family. In 2019, he released his first EP, “Note2Self” which includes his recent singles; Ileri and Today. 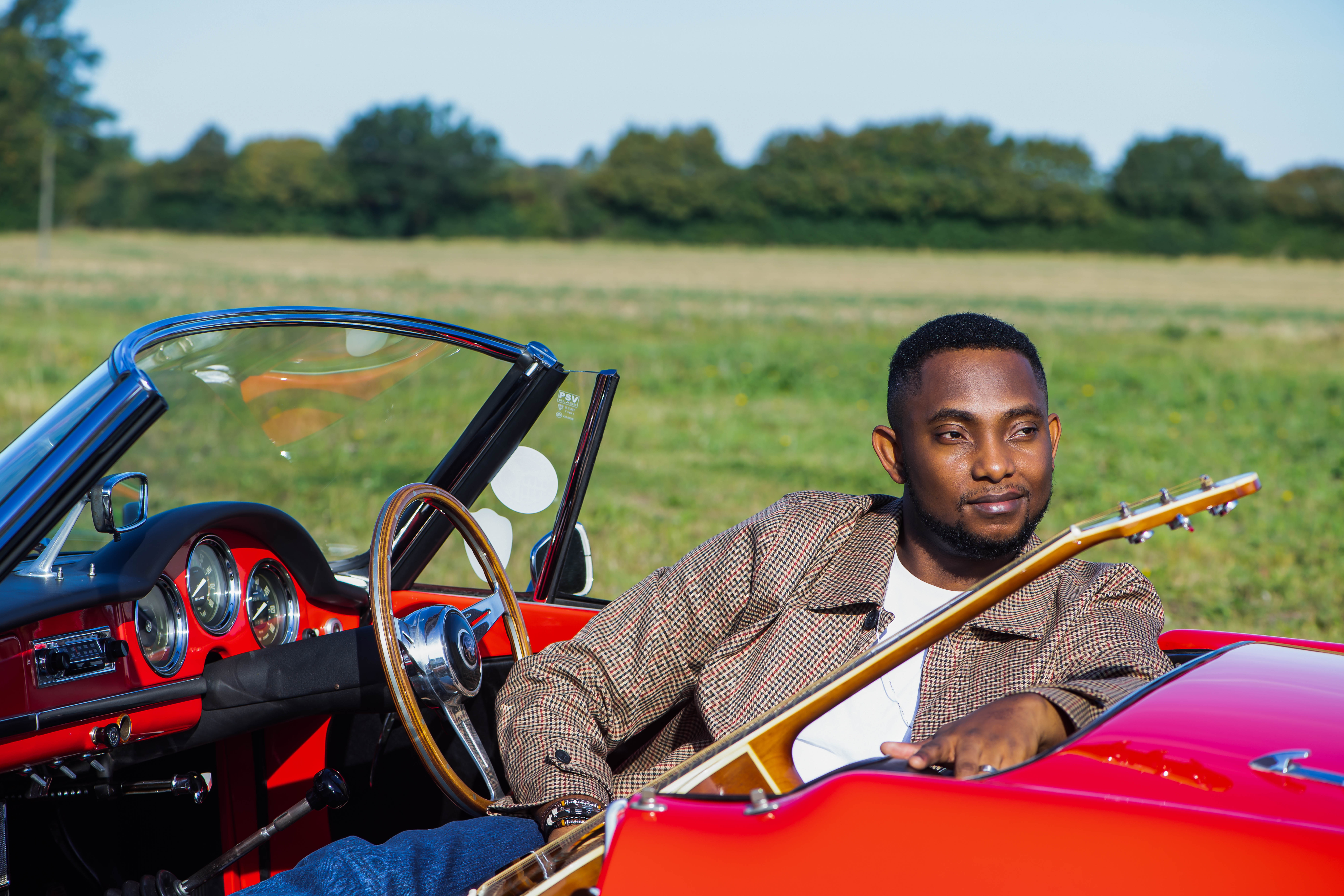 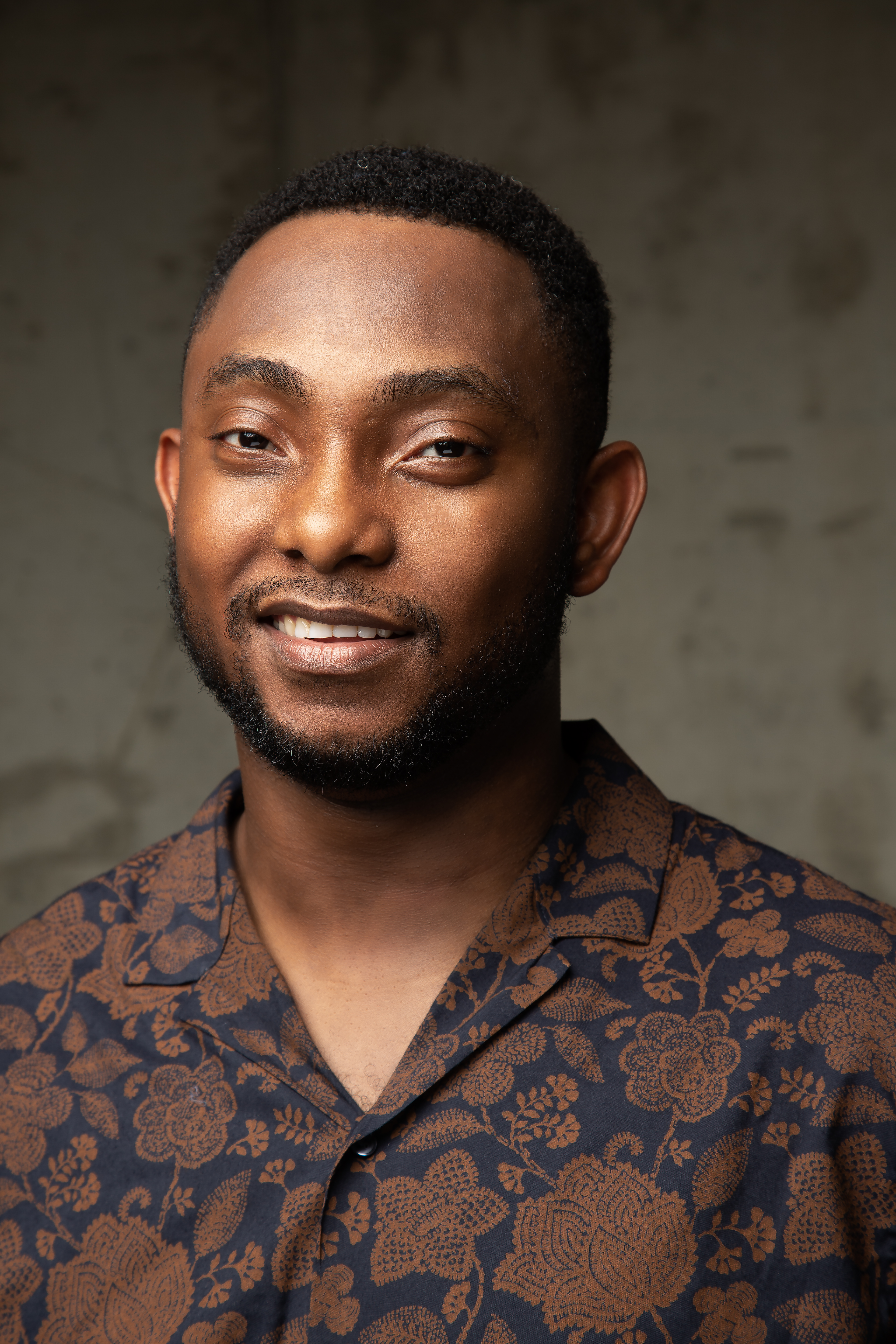 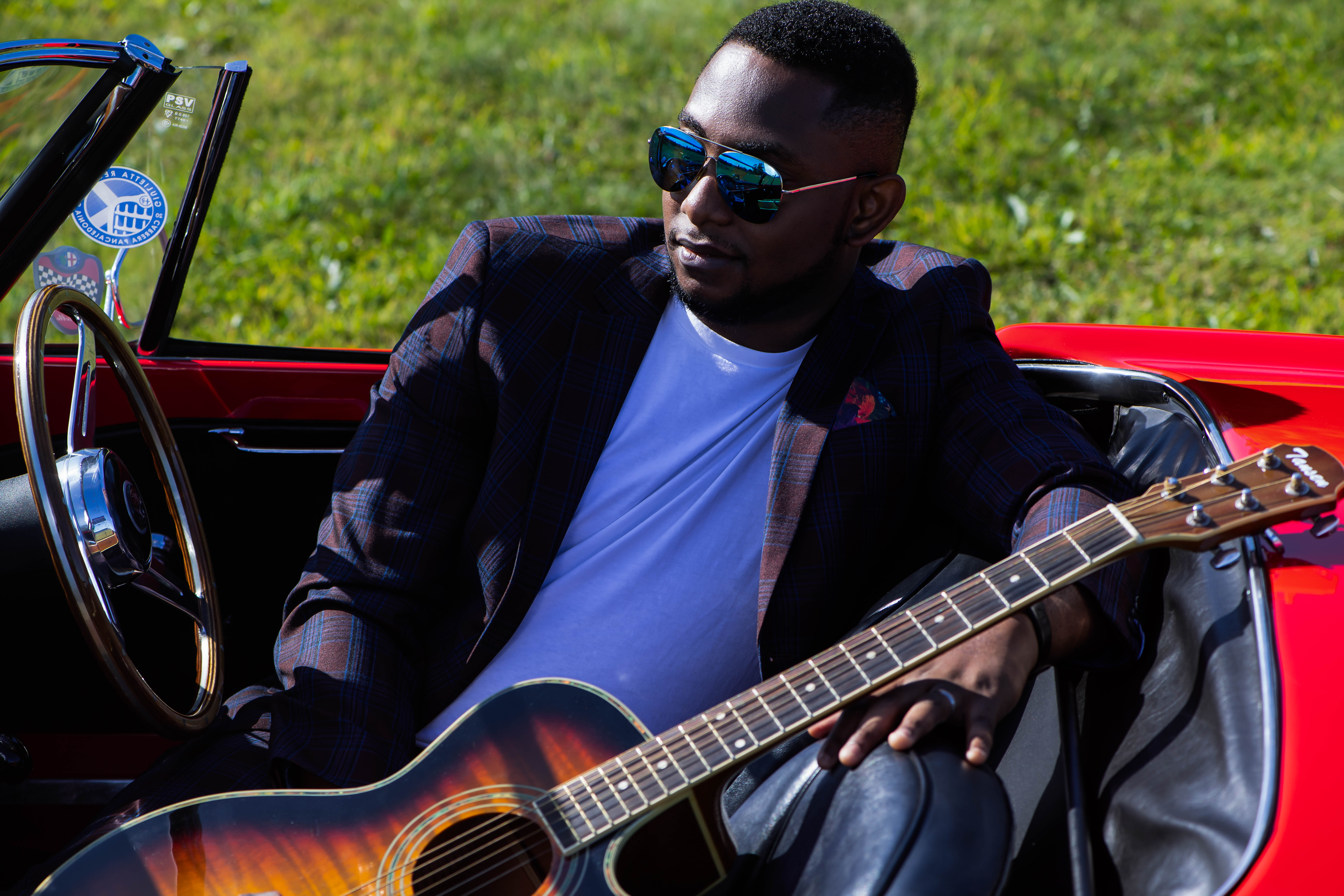 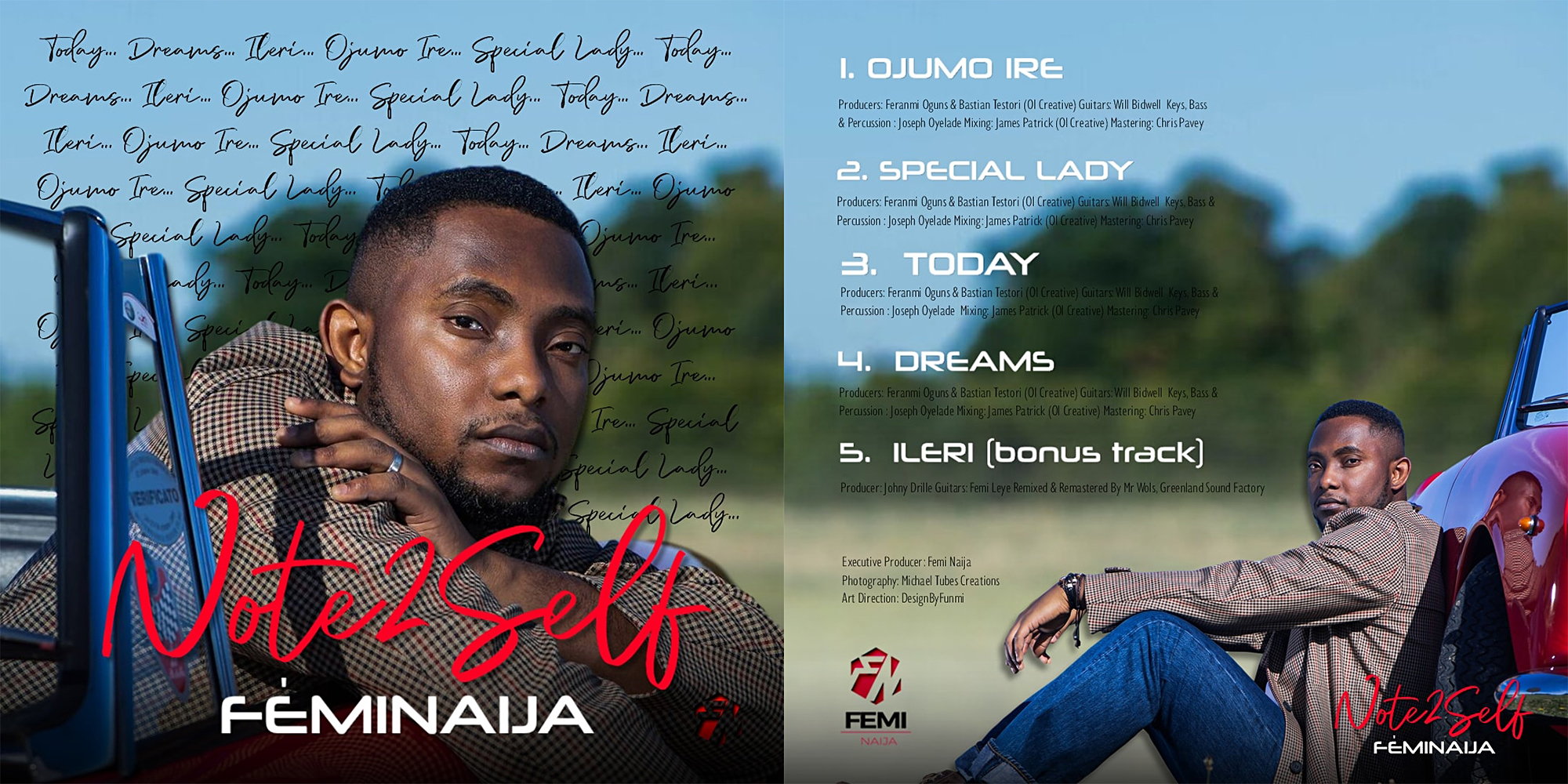