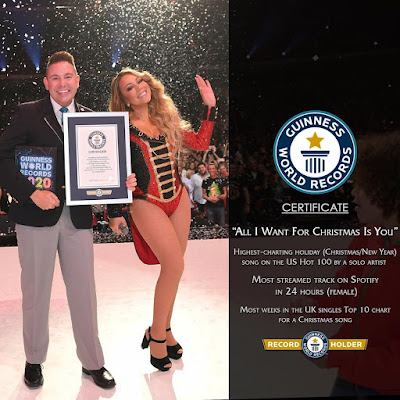 With the holidays approaching, Mariah Carey’s iconic “All I Want For Christmas Is You” will continue to top the charts, as the singer has now broken three Guinness World Records with the Christmas song.


According to Billboard, Mariah Carey holds the record for the highest-charting holiday (Christmas/New Year) song on the Billboard Hot 100 by a solo artist, the most streamed track on Spotify in 24 hours, and the most weeks in the UK singles Top 10 chart for a Christmas song. All three of these records will be included in the 2020 edition of ‘Guinness World Records 2020.’
Carey accepted the honors during her Christmas show at The Colosseum in Las Vegas, and invited the representative of Guinness World Records to join her on stage for the show’s grand finale.
She shared the historical moment on Instagram, accompanied by her kids. She wrote:
“Thank you so much Guinness World Records for honoring me with three records in the 2020 book! Michael from @guinnessworldrecords presented me with a certificate on stage, so naturally, I asked him to join us for the #AllIWantForChristmasIsYou finale! 😉🎅💝” 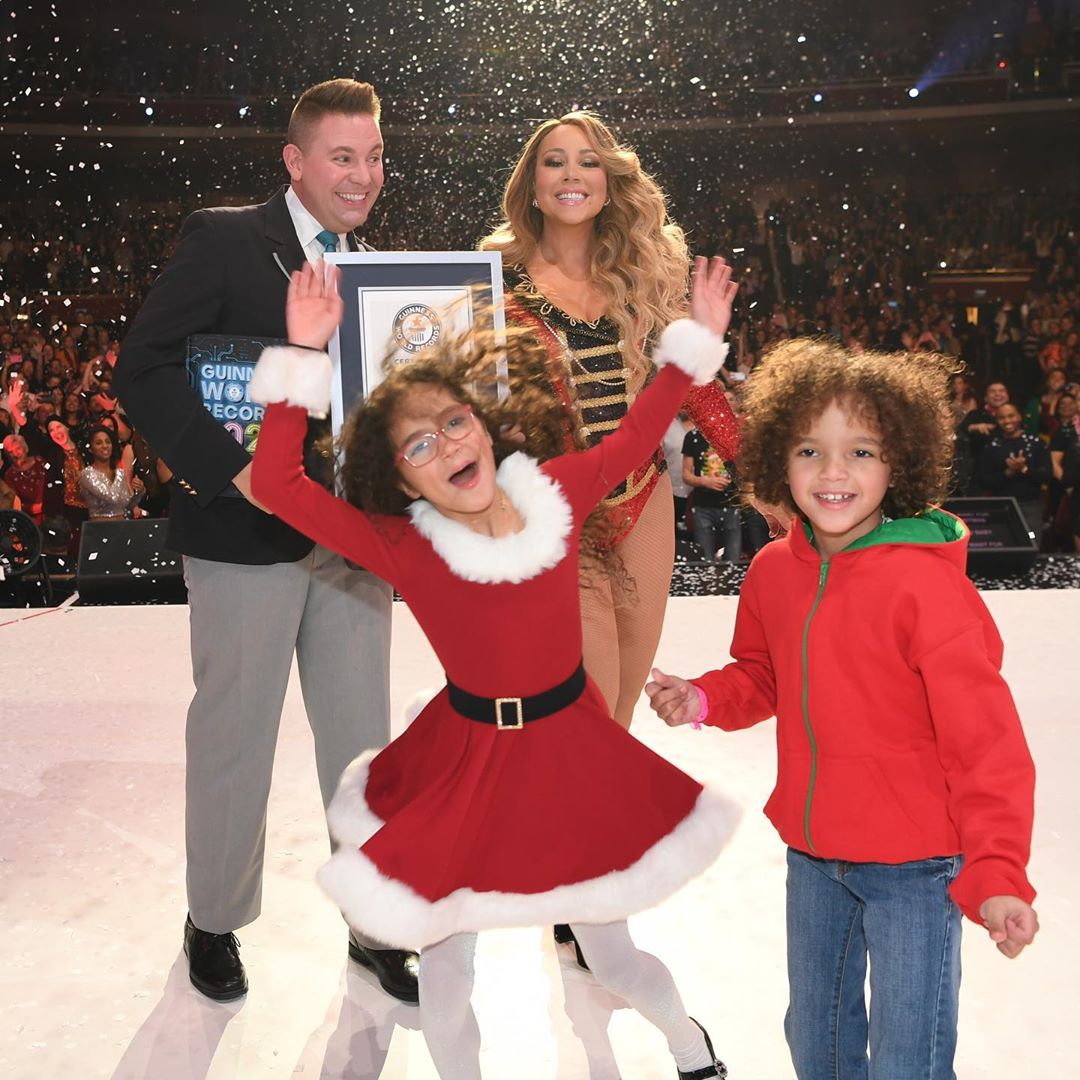 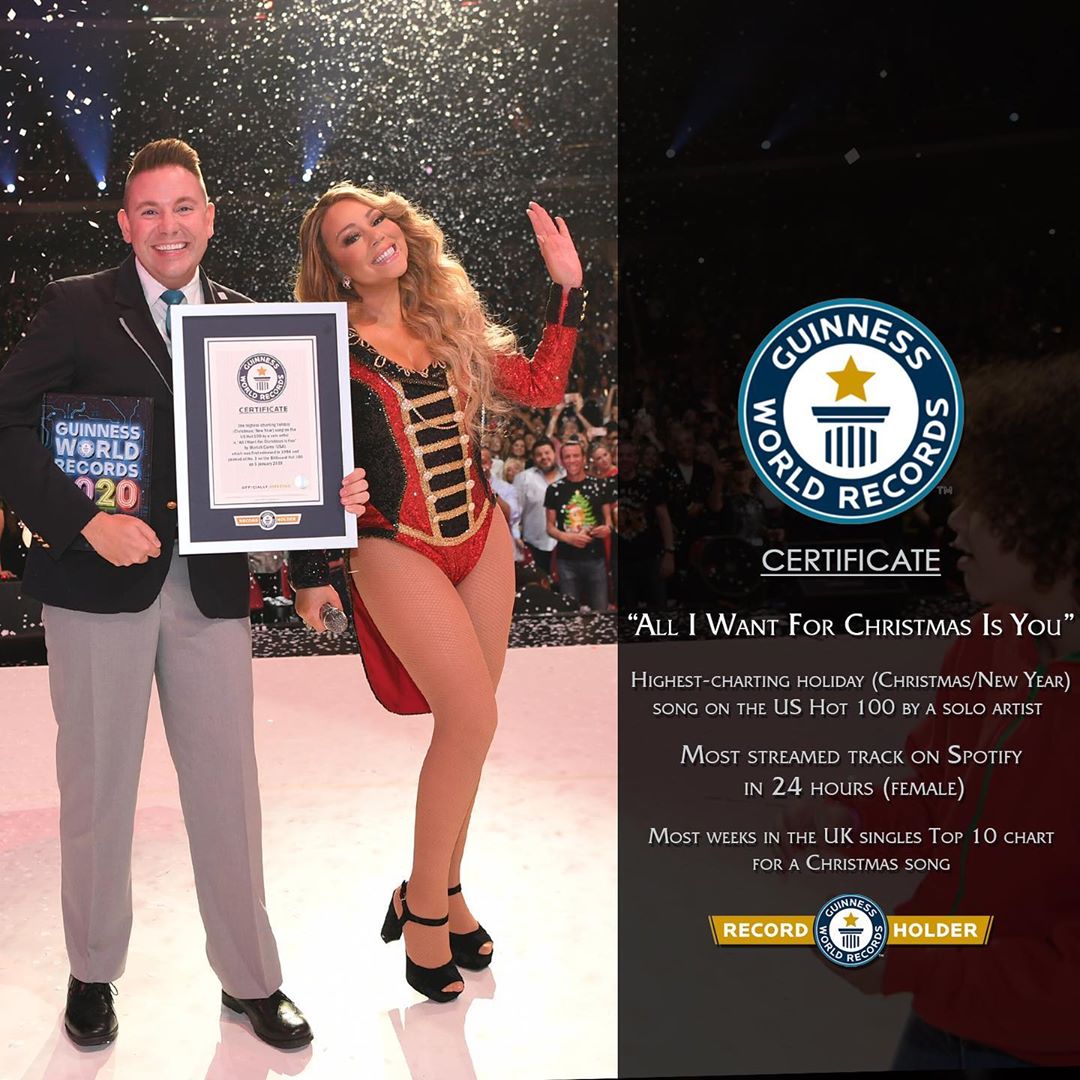 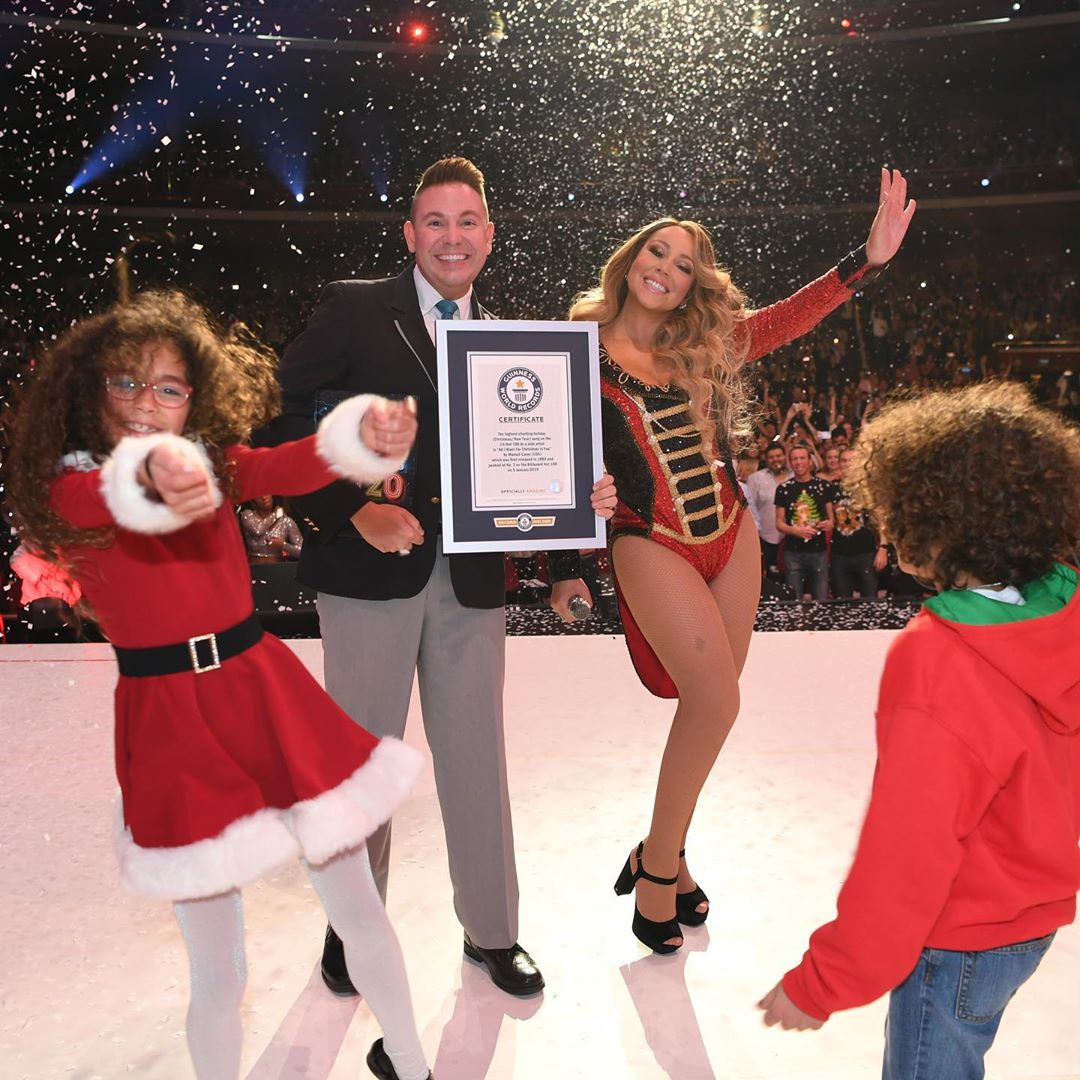