Jussie Smollett is Suing Authorities for Maliciously Prosecuting Him 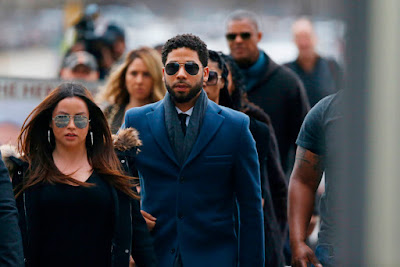 Almost eight months have passed since prosecutors in Cook County, Chicago, dropped their case against “Empire” actor, Jussie Smollett, who had been charged with lying to police about a homophobic and racist attack.


According to Yahoo, the former Empire star filed a counterclaim on Tuesday, in federal court, against the city of Chicago, the Osundairo brothers, and multiple police officers. Smollett says the narrative cops pushed that the attack was a hoax caused him economic harm, “humiliation, mental anguish and extreme emotional distress.”
Jussie continues to maintain that he was the victim of a racial and homophobic attack in January, and he’s alleging malicious prosecution.
Entertainment News