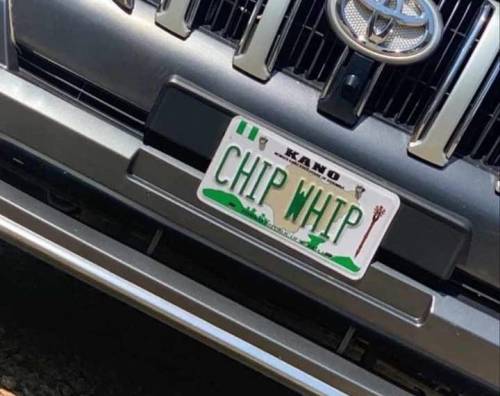 The Federal Road Safety Corps and the Department of State Services have tracked down the producers of fake number plates in the country.


The Corps Public Education Officer, Mr Bisi Kazeem, disclosed this in a statement on Saturday.
According to the News Agency of Nigeria, the Corps Marshal of FRSC, Dr Boboye Oyeyemi, had ordered an investigation into a particular plate number in Kano with the inscription of “Chip Whip” purportedly for a member of the Kano State House of Assembly.
Kazeem said that both agencies had apprehended some syndicates in Kano and Kebbi states in connection with the production of illegal number plates including the fake Kano ‘Chip Whip’ number plate.
According to Kazeem, upon sighting the illegal number plate, the Corps Marshal immediately directed the Kano Sector Commander, Mr Zubairu Mato, to collaborate with security agencies to fish out the syndicates involved in producing fake number plates in the state.
“Consequent upon the directive, DSS Kano State was intimated and immediately swung into action to arrest the perpetrators and bring them to book.”