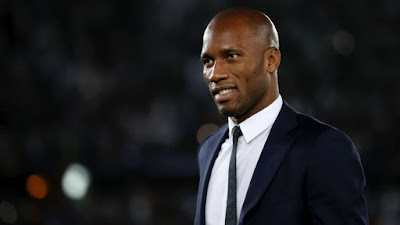 Didier Drogba has confirmed that he rejected the opportunity to return to Chelsea this summer as he instead hopes to become president of the Ivory Coast FA.


The former Stamford Bridge hitman retired a year ago after a busy end to his career, which saw him spend spells at Shanghai Shenhua, Galatasaray, Chelsea, the Montreal Impact and Phoenix Rising.
Now, though, he wants to return to his homeland and give something back to the game that saw him star in France with Guingamp and Marseille before hitting the very pinnacle of the game with the Blues, for whom he scored the decisive penalty in their 2011-12 Champions League triumph.
“I had an offer to stay at Chelsea where everything would be perfect and conditions are met,” he said, according to the Sun. “But I want to help Ivorian football because I love it!
“I am a leader, and my vision is bigger than just the simple role of being a coach. A coach has an impact on a club – but I want to have an impact on an entire nation.
“I want us to re-think football, with a nationwide vision, so we can develop the game here. The Ivory Coast has a glorious footballing past.
“The funds are in place, together with talent and potential, but they are under-exploited.
“There are some very competent people in the Ivory Coast who can work with me on this project.”
Article continues below
Despite the wealth of talented players that have emerged from the African nation in recent years, including the Toure brothers Yaya and Kolo, Gervinho, Wilfried Bony and Drogba himself, they only have two Africa Cup of Nations titles to their name.
Drogba is his nation’s leading scorer with 65 career international goals, but by the time the Elephants lifted the crown in 2015 he had retired from international duty. The only previous occasion they lifted the continental title was in 1992.
Meanwhile, he made his legend in Europe with Chelsea, where he played in two spells, scoring 104 Premier League goals and playing more than 250 times for the Blues in England’s top flight.
Sports