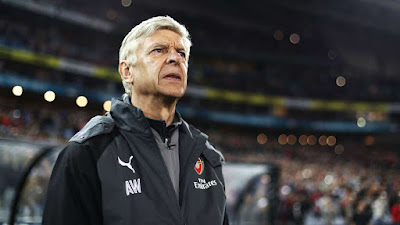 Arsene Wenger has admitted Arsenal at one point tried to sign Gerard Pique and Lionel Messi to compliment their acquisition of midfielder Cesc Fabregas.


The Spaniard arrived at the Emirates in 2003 after coming through Barcelona's youth academy and ultimately became a key figure for the Gunners across several seasons.
After seeing Fabregas succeed at Arsenal, the club then seemingly turned their attention to two more Catalan graduates.
While Wenger didn't detail when the Gunners attempted to sign Messi and Pique, he did reveal the club had lofty ambitions to line-up with all three at some point.
"We tried, we were not near to signing Messi," Wenger said on beIN Sports. "But we tried to sign Pique, Fabregas and Messi, of course, we already tried but he was already too big at the time.
"Don't forget in 2006 when we played the Champions League final against Barcelona, Messi couldn't play because he was injured...so that's 13 years ago and he was already a regular player in the first team.
"What this guy has done is unbelievable."
Wenger, who confirmed Arsenal were close to signing Cristiano Ronaldo over a decade ago, was also asked if there was chance the Juventus star and Messi could have lined up on the same side.
While confident he could have handled both superstars and their personalities, he admits it was never a real possibility.
"That's real fantasy football," he said. "I would have loved to.
"I had big personalities in my life, very big personalities. If you can give them what they want they are happy."
Article continues below
While reminiscing about his past, Wenger also confirmed his future doesn't lie at Bayern Munich, despite recent reports linking him to the vacant position.
"I'm out of this. First of all, I never was a candidate. I have been approached and I'm not in the running for the job," Wenger said. "I'm not a candidate for the job."
Though not heading to the German giants, the Frenchman has previously expressed his desire to return to managing and is now into his second season without a role on the sidelines.
Sports