About 10 Nigerians Arrested In US For Romance Scams 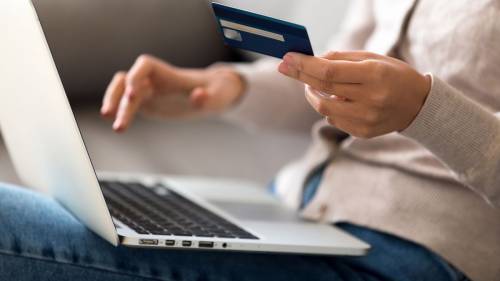 Ten men have been charged with conspiring to launder illegal proceeds that were fraudulently obtained as a result of Nigerian romance scam operation targeting multiple victims.


Assistant Attorney General Brian A. Benczkowski of the Justice Department’s Criminal Division, U.S. Attorney Trent Shores of the Northern District of Oklahoma and Special Agent in Charge Melissa Godbold of the FBI’s Oklahoma City Field Office made the announcement.
The indictment was returned by a federal grand jury in October and unsealed today after seven suspects were apprehended in early morning operations executed by the FBI in three states. Five defendants were arrested in Norman, Oklahoma, one defendant was arrested in Brooklyn, New York, and one defendant was arrested in Long Beach, California. Three other defendants remain at large.
The indictment alleged that since 2017, the co-conspirators concealed the proceeds of romance scam operations by moving money between and among multiple bank accounts that were opened using fraudulent identity documents to obscure the source of the funds and the identities of the co-conspirators.
Investigators identified at least three victims of the alleged romance scams in Seminole, Florida, Centerville, Ohio, and Pryor, Oklahoma.
The indictment alleges the co-conspirators coordinated with unknown individuals overseas who had assumed false identities on online dating websites and social media platforms with the intent to defraud victims.
The individual told the victims they were U.S. residents working abroad. In fact, the investigation revealed that these individuals were located in Nigeria.  At the early stages of the “romance", victims would receive requests for relatively small gifts, such as iTunes gift cards and cell phones. As the relationships continued, the requests would develop into increasingly larger sums of money, with the claimed purpose that the funds were needed to complete overseas projects or to return to the United States.
The victims were directed by the online romance scammers to send funds to the defendants’ bank accounts, among other things, assuring the victims that they would allocate the money as needed.  The indictment alleged that, once the victims sent funds, the defendants funneled the money to accounts that they operated.
These accounts were allegedly opened under various aliases in order to obscure the source of the fraudulently obtained funds.  In a further attempt to conceal the source of the money, the co-conspirators also purchased salvaged vehicles and car parts to export overseas, usually to Nigeria, the indictment alleges.
The following individuals have been charged in the case:
News