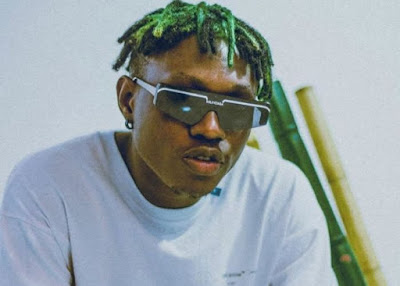 Zlatan released a new song yesterday titled “Yeye Boyfriend“, a song that kind of rubbishes the effort of an average guy in a relationship struggling to meet daily needs and at the same time take care of his girlfriend in the little way he can.


As if the song was not enough, he took to his Twitter page after dropping the song to further frustrate guys in relationship by asking girls to talk about their encounter with Yeye Boyfriends to win iPhone 11.
See Tweet Below:- 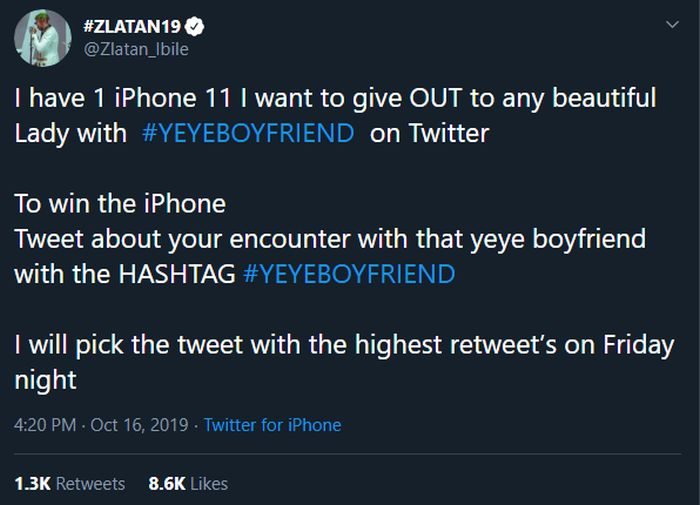 Trust Naija girls now, they have jumped on the trend saying so many things about their past and present boyfriends.
Guys, let’s know what you think