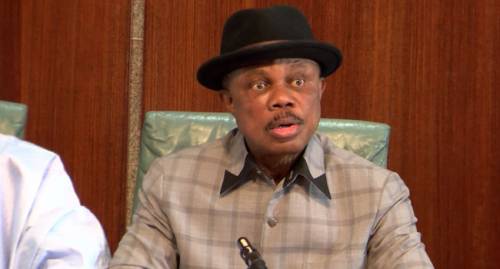 Twitter users have called for the resignation of governor of Anambra State, Willie Obiano, following a tanker explosion in Onitsha on Wednesday.


The inferno claimed lives, razed shops, buildings and roads in a tragedy that last for more than seven hours.
Reacting to the incident, one user @Lucyplun1, blasted Governor Obiano for his slow response in dealing with the emergency, while claiming that victims had to wait for the intervention of the Delta State fire service.
He said, “A governor who doesn't care about our feelings. A governor who couldn't provide fire service in his state.
“If not for the intervention of Delta State Government, only God knows how many people would have been affected. #ObianoMustGo #ObianoHasFailed #ImpeachObiano.”
Another user, @teddyik001, said Governor Obiano should have resigned by now due to what he described as "negligence".
He said, “In a sane country, Obaino would have resigned. In a sane country, the fire service chief would have resigned or been sacked.
“In a sane country, some people will pay for negligence. But this is Naija. #ObianoMustGo.”
Calling on Obiona to buckle down, @Geraldcake said a tragedy such as the tanker explosion must be avoided in future.
He said, “Obiano needs to sit up. He can't and won't leave because the state House of Assembly is filled with APGA loyalists. What we have to do is push him to sit up. #ObianoMustGo.”
News