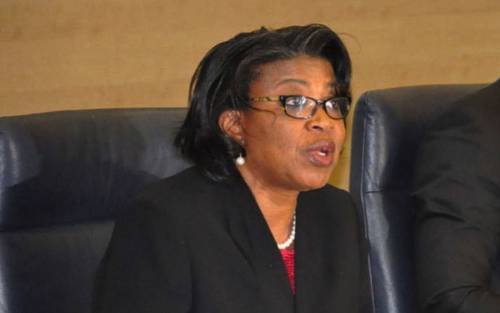 Nigeria’s 2019 budget has been reduced by N824.82bn.
This is as a result of the country’s decision not to borrow externally in this year’s fiscal cycle.


The country planned that it would source N824.82bn to fund its 2019 spending plan but now appears to have shelved that intent.
The Director-General of the Debt Management Office, Patience Oniha, told Reuters that, “We will only raise the new domestic borrowing of N802.82bn as provided in the 2019 appropriation act.
“We won’t be in the international capital market in 2019.”
The reason for the government’s intent not to go to the international capital market may be connected to its decision to run the 2019 appropriation act for six months, as it hopes to start implementing the 2020 budget by January.
Recall that in June, the DMO said the federal government intended to access cheap funding from multilateral and bilateral lenders before considering raising any balance from commercial sources, including security issuance such as Eurobonds.
Nigeria’s last entries into the Euro bond market was in February 2018 where it secured $2.5bn and in November 2018 when it raised $2.86bn.
If the 2020 budget is signed into law in January as the presidency and the National Assembly expect, it is unclear how the rest of the 2019 budget will be executed.
Whether the government would simply terminate the N9.12trn plan and flow with the N10.33trn estimate is unsure.
What is sure however, is the inability of the government to meet its projected spending – especially in funding capital projects.
The value of funds released for capital purposes appear to be trending downward.
In the 2019 budget, the government promised to spend N2.93trn on projects.
In 2020 however, the presentation made by the Minister of Finance, Budget and National Planning, Zainab Ahmed, said the government will spend N2.14trn on infrastructural development.
This figure is less than the N2.45trn budgeted for debt servicing. The size of the 2020 budget also increased by N1.23trn from the appropriation act of 2019.
Business