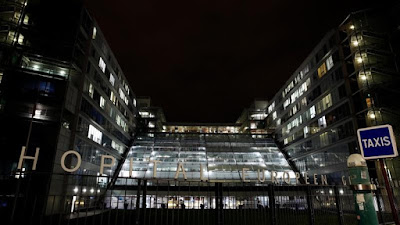 Formula One legend Michael Schumacher has been admitted to a hospital in the French capital for "secret treatment", according to a report.


The German seven-time world champion suffered serious head injuries in a 2013 skiing accident in the French Alps and has not been seen in public since.
Le Parisien newspaper said Schumacher was admitted under tight guard on Monday to the Georges-Pompidou European Hospital, without citing its sources.
The French publication said the 50-year-old would undergo cutting-edge treatment based on stem-cell transfusion done by French surgeon Philippe Menasche. The treatment was scheduled to be administered on Tuesday, it added.
The Paris hospitals authority, citing France's strict medical privacy rules, said it could not comment on the newspaper's report. There was no comment either by Schumacher's long-time manager, Sabine Kehn.
Citing its sources, Le Parisien said Schumacher has been treated at least twice previously at the Georges-Pompidou European Hospital, admitted each time under a false name and treated by a small medical team.
Le Parisien published a photo of a yellow and blue ambulance with Geneva plates that it said drove Schumacher to the hospital on Monday afternoon. Inside, he was taken to a first-floor cardiovascular unit on a gurney with a dark-blue covering that hid his face and body, it said.
It added that about 10 security agents, some equipped with earphones, watched over the patient.

After his accident in the French Alps, Schumacher was placed in a drug-induced coma, from which he later emerged. Since September 2014, he has been cared for at home on the shores of Lake Geneva.
In January, Schumacher's family released a statement saying he was in "the very best of hands".
His family fiercely protects his privacy. Thick forest surrounding his castle-like home with high surrounding walls provides sanctuary from fan and media intrusion.
Schumacher remains motor racing's most successful driver, with a record 91 Grand Prix wins. His first two titles were with Benetton in 1994 and 1995 before going on to win five in a row with Ferrari between 2000-2004.
Sports