Liverpool Team of the Decade: Suarez in but Gerrard and Coutinho miss out 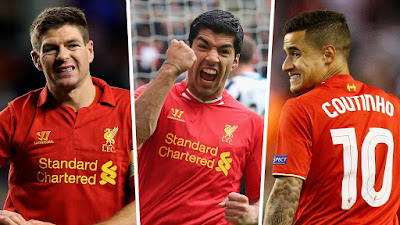 With 2020 approaching, Goal has decided to pick out the best players to have represented the Reds over the past 10 years
Sports