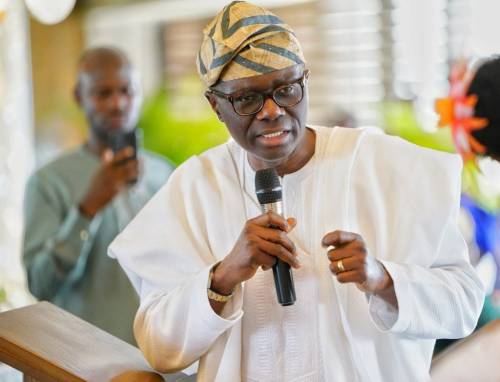 Governor of Lagos, Babajide Sanwo-Olu, has declared a state of emergency on various roads across the state.


Sanwo-Olu on Sunday ordered the massive repairs of critical roads and highways from Monday.
Chief Press Secretary to the governor, Gboyega Akosile, in a statement said, “After his final meeting with the contractors on Sunday, which lasted for about three hours, Sanwo-Olu declared the commencement of major construction work on the identified highways considered critical to the reduction of traffic congestion in the state.
“The governor said all eight engineering firms had been given the mandate to immediately mobilise their equipment on the sites and commence major construction works on the identified roads.”
News